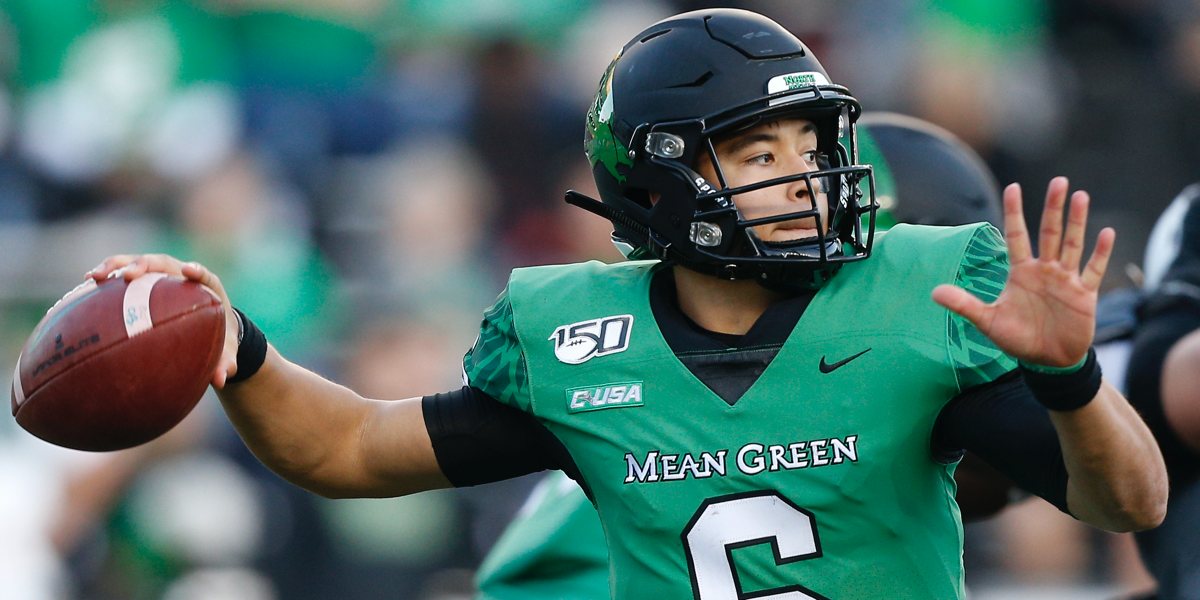 Don’t get me wrong. I understand why Chase Daniel and Tyler Bray were brought in to Chicago.

Daniel and Bray were supposed to be an extension of Matt Nagy and teach Mitchell Trubisky the offense’s nuances.

Even still … I wondered wondered why Chicago never took a flier on a project who could learn and grow in the system. After all, having a backup on a rookie deal beats taking chunks out of the salary cap for a reserve.

Perhaps, finally, that kind of quarterback is coming to Chicago:

Just spoke with Pawhuska High School head coach Matt Hennessy, and he confirmed that QB Mason Fine is flying out on Sunday for a tryout with the #Bears that will take place on Wednesday. Fine will take a COVID test on Sunday and quarantine for two days.

Nicholas Moreano of the Chicago Audible reports Mason Fine is flying to Chicago for a Sunday tryout with the Bears.

The North Texas University standout is the school’s all-time leader in many major passing categories. Among them: passing yards (12,505), touchdowns (93), passer rating (140.68), and 300-yard passing games (18). He also was a finalist for the Johnny Unitas Golden Arm award after a stellar senior season. Fine concluded his college career by throwing for 3,088 yards, 29 touchdowns, and just nine interceptions.

Walter Football ranked Fine as the 16th best draft-eligible quarterback in 2020, writing: “Sources say Fine could have a shot at being a Case Keenum-type quarterback.” And positive reviews from his time at the East-West Shrine game suggest that he could throw his way into a competition among reserves. Fine’s height is listed as 5-9 and 5-11 depending on where you look. Thus, likely hindering Fine’s prospect stock. Fine ultimately went undrafted, but at least is garnering interest now.

And if he impresses during his Sunday workout, he could make his way onto the training camp roster. Stay tuned.