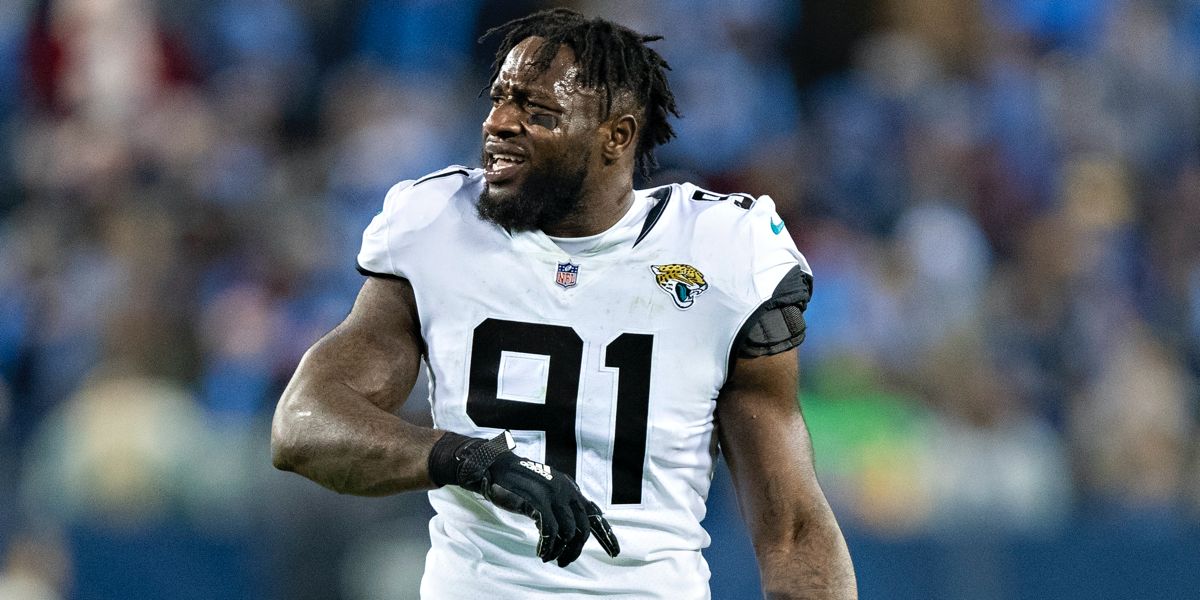 The Jaguars have struggled to retain their best players since appearing in the AFC Championship Game in January 2018.

And soon, one of their soon-to-be ex-standouts will make his way to the Bears’ division:

Jaguars agreed to trade franchise DE Yannick Ngakoue to Minnesota for a second- and conditional fifth-round pick that could go as high a third-round pick, league sources tell ESPN. Ngakoue still has to sign his tender, but trade is in place and Ngakoue is expected to be a Viking.

The #Vikings and new pass-rusher Yannick Ngakoue agreed to a 1-year contract worth a few million less than the tag, source said, which is what it took to get the deal done. Rather than $17M+ in Jax, Ngakoue takes less with a place he wants to make his home.

OOF! The Vikings got a steal. Moreover, their pass-rush got a heck-of-a-lot better.

Minnesota is set to acquire pass-rusher Yannick Ngakoue from Jacksonville. In return, the Jaguars receive a second-round pick and a conditional selection that could be as high as a third-rounder. Additionally, Ngakoue is re-working his contract to take less money in order to fit into the Vikings’ snug cap situation. Or in other words, Minnesota gets a bargain because Ngakoue really hates the Jaguars. Coo, cool, cool.

Ngakoue, 25, picked up 8 sacks, 15 QB Hits, 13 tackles-for-loss, four forced fumbles, and a pick-six for the Jaguars in 2019. Over the last four years, Ngakoue has averaged 9 sacks, 10.5 tackles-for-loss, 21 QB Hits, and 3.5 forced fumbles. Teaming him with fellow 25-year-old pass-rusher Danielle Hunter should keep quarterbacks and offensive coaches in the NFC North up at night.

I don’t imagine the ramifications of the Ngakoue deal stop here. NFL Network insider Ian Rapoport (video) hints at the Vikings wanting to sign Ngakoue to a long-term deal. And if that’s the case, then it likely means Minnesota won’t be reaching an extension with running back Dalvin Cook any time soon. This could also mean the Vikings won’t be able to keep safety Anthony Harris, who the Vikings were able to keep by placing the Franchise tag on him earlier in the offseason. Those are two key pieces who were integral to the Vikings’ success last season.

REPORT: Russell Wilson Would Accept a Trade to Only the Cowboys, Saints, Raiders … and Bears

The Arlington Heights Bears of Chicago? And Other Bears Bullets