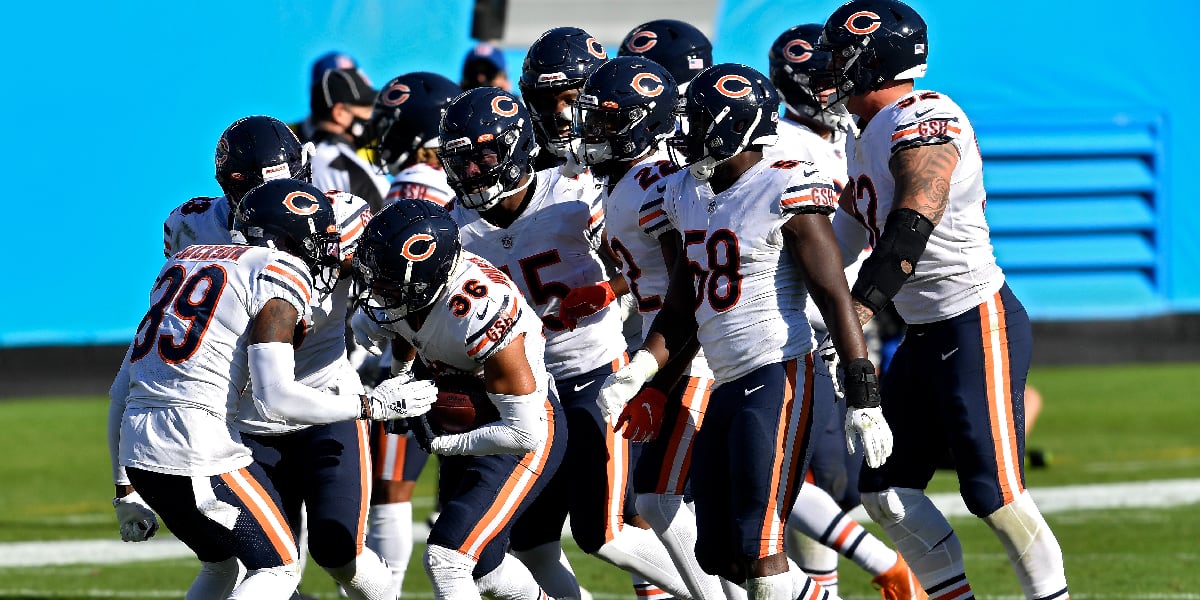 My interest in the World Series lasted all of five innings. Wake me up when pitchers and catchers report in 2021.

•   Not only are the Bears NOT the worst 5-1 team in league history, they’re not even the worst since the turn of the century:

•   The word “fraud” gets thrown around a lot when discussing certain football teams. It’s used mostly by those who couldn’t point one out if it was staring them in the face. Chicago’s football team happens to be one of those that some consider fraudulent in the wake of its 5-1 start. HOWEVER, Kaelen Jones (The Ringer) explains the Bears are no joke. Sure, I realize so much is dependent on the defense. But if the Bears can scrape by to a 5-1 start with a bottom-of-the-barrel offense, what can they be if it gets slightly better?

•   There are signs of life if you squint:

Simply put what @NickFoles does for the @ChicagoBears offense is play in rhythm. More often than not—the ball goes where it’s supposed to when it’s supposed to. Not much can fool him. If he values the ball im just telling ya the bears can play with anyone because of their D

A look at Nick Foles

•   When Head Coach Matt Nagy stresses about the importance of attention to detail, I imagine this is among the things he’s talking about. Look off a defender here to make a throw there. Shoulder fake there to open up a throwing window here. Get to a space here to open up room for another pass-catcher in the route concept over there. These Bears aren’t going to be the Greatest Show on Turf. But they should be a middle-of-the-pack offense if they can hone in on getting the little things right.

•   The defense has kept them in ball games, but it’s not getting any easier:

•   Chicago’s remaining schedule is a doozy: Seven games against five teams that made the playoffs last year and five games against teams currently with winning records. But it’s not all gloom and doom. The Bears have five games against four teams who currently have less than a 15 percent shot at making the playoffs, per FiveThirtyEight’s projection model. Or to put it a different way, the Bears could conceivably go 5-5 down the stretch, get to 10 wins, and should be positioned for a playoff spot. Don’t take anything for granted, because nothing is easy in the NFL. But this stretch of games figures to be telling.

•   Chicago’s secondary is a no-fly zone:

Have only given up three touchdowns combined this season when targeted.

•   I see the Mike McCarthy era is going smoothly in Dallas:

Cowboys players say their coaches are “totally unprepared” and “just aren’t good at their jobs,” per @SlaterNFL pic.twitter.com/5HbHfjQll2

Cowboys coach Mike McCarthy on reports of players being unhappy with coaching staff: "It's important for us to have those conversations as men one-on-one or as a group."https://t.co/arn1iPWn6n pic.twitter.com/PcmSLhxMZJ

Carolina hasn’t had any more positive tests to date and it reopening its training facility this morning, per source. Game Sunday vs. Saints is on track to be played.

Panthers placed K Joey Slye and OL Trent Scott on the reserve/COVID-19 list. They are going on the Covid Reserve List not because of a positive test but because of close contact, per source.