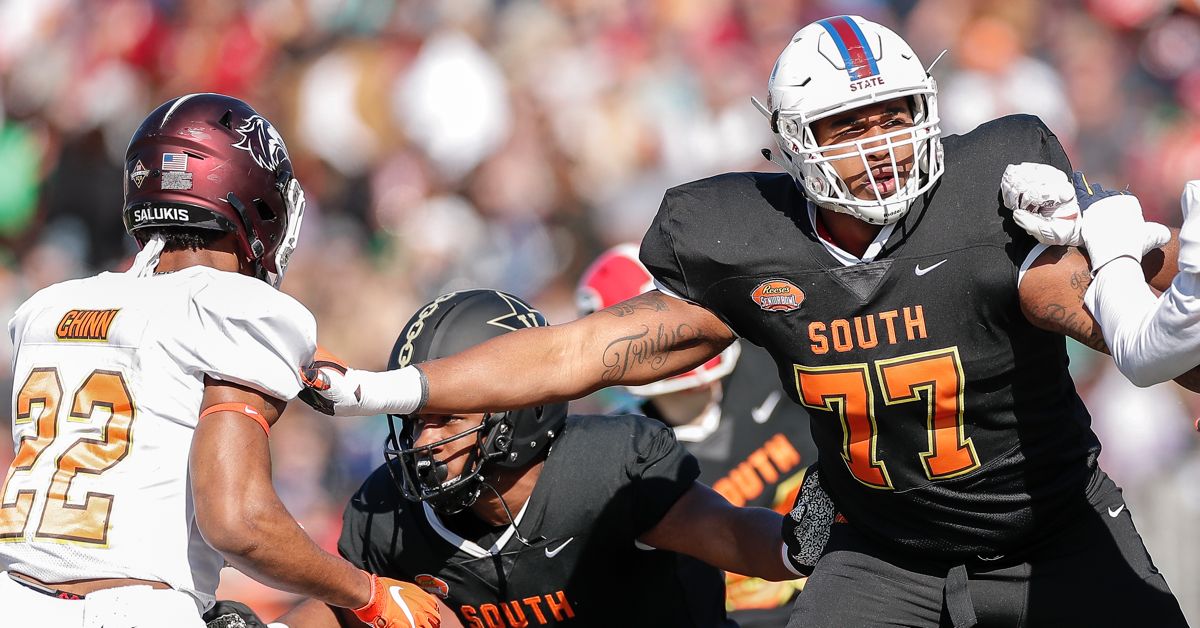 This week’s episode of the never-ending NFL roster churn features the Chicago Bears rearranging some deck chairs after Week 1.

#Bears roster move:
We have signed OL Alex Taylor to the practice squad.

The Bears are signing offensive lineman Alex Taylor to the practice squad. Taylor, 24, was in on four special teams snaps in his one appearance with the Browns in 2020. The South Carolina State product has an interesting background. His collegiate career included some basketball before transforming his body to build toward being a lineman. The Athletic’s Josh Kendall has a unique write-up on this situation. One of Taylor’s uncles, Pierson Prileau, played in the NFL. Another, Joe Hamilton, was a standout collegiate QB and Davey O’Brien Winner and Heisman Trophy finalist for his efforts at Georgia Tech in 1999. That’s neat!

More to Taylor’s fit with the Bears, this team could use all the offensive line help it can get. With Teven Jenkins already on the shelf, injuries to Larry Borom and Jason Peters in Week 1 are leaving the tackle group thin. So it is only right for the Bears to bring in Taylor, a Senior Bowl standout who represents another developmental project. You can’t ever have enough linemen.

At 6-8 and 308 pounds, there’s a lot to develop with Taylor. So, here’s hoping the Bears get to see his development through to a successful end.

Ands here’s the move that put this in motion:

The #Raiders are signing DT Damion Square off the #Bears practice squad, source said. Reinforcements after the Gerald McCoy injury.

This latest roster shuffle began with the Raiders poaching nose tackle Damion Square off the Bears’ practice squad. After seeing veteran defensive lineman Gerald McCoy go down with an injury, Vegas didn’t hesitate to scoop up another player with experience to take up a roster spot. Square was in on just five defensive snaps in the Bears’ Week 1 defeat, so it isn’t a huge loss. But his presence on the game-day roster was necessary because Eddie Goldman was inactive. Hopefully, the Bears allowing Square to sign elsewhere is a sign Goldman is back sooner, and not later.