There Was One Coach Firing Today: The Giants Dumped Offensive Coordinator Jason Garrett Skip to content 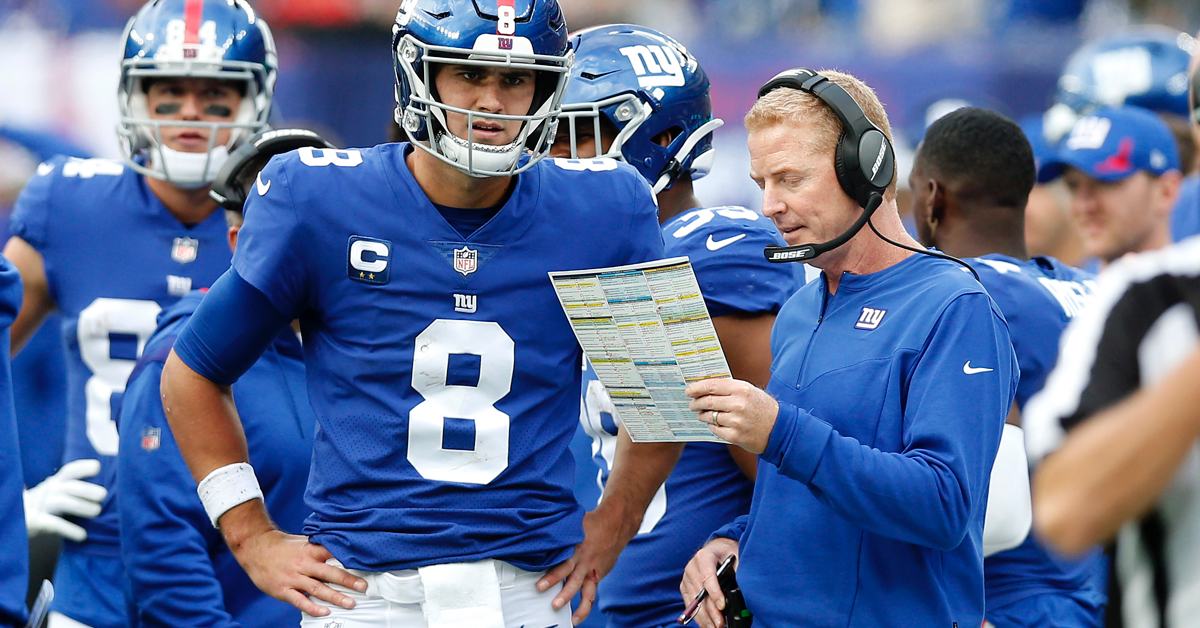 Not to be lost in a sea of rumors, innuendo, and social media scuttlebutt, there *WAS* a high-profile coaching change in the NFL today.

It’s just that it wasn’t the one that was on your mind:

Jason Garrett is OUT as the New York Giants’ offensive coordinator. He couldn’t even make it through two full seasons in New York, getting the boot after last night’s stinker on MNF. Previously, Garrett went 85-67 with as the Cowboys head coach. But Dallas dumped him after the 2019 season — his 10th with the team as its head coach.

The Giants are one of the NFL’s worst offensive teams under Garrett, ranking 25th in points and 23rd in yards. Meanwhile quarterback Daniel Jones has been hit with the regression stick. Because after throwing 24 touchdowns in 13 games as a rookie in 2019, Jones has thrown 20 in 24 games since. And the turnovers? WOOF. Jones has 17 interceptions to go along with 12 lost fumbles over the last two seasons. Clearly, the Giants have seen enough. Freddie Kitchens, who was the Browns’ head coach in 2019 and was serving as a Senior Assistant on Joe Judge’s staff, takes over play-calling responsibilities.

Garrett’s firing will lead some to wonder why the Bears didn’t do the same with Head Coach Matt Nagy, especially with how the day began with rumors of his forthcoming ouster headlining the day. But comparing the two would be like comparing apples and onions. Both are currently taking up space in a refrigerator compartment right now. And both will be part of the Thanksgiving feast I’m preparing. However, they are not the same. Firing a coach and setting up an interim staff in the two days between now and kickoff is different from letting go a coordinator and setting up his replacement with a full week of preparation.

Perhaps you’ll counter by underscoring how the Giants essentially said “damn the optics!” when it comes to firing a coach during the holidays. And to that I would say, “To each their own.”

Different strokes for different folks, and what not.

Besides, did we really think a Bears franchise that has never made an in-season firing would do so two days before a game?

The Bears won’t see the Giants for some time, as their Week 17 matchup is 40 days away. Who knows what these teams (and coaching staffs) will look like when that one kicks off at Soldier Field.