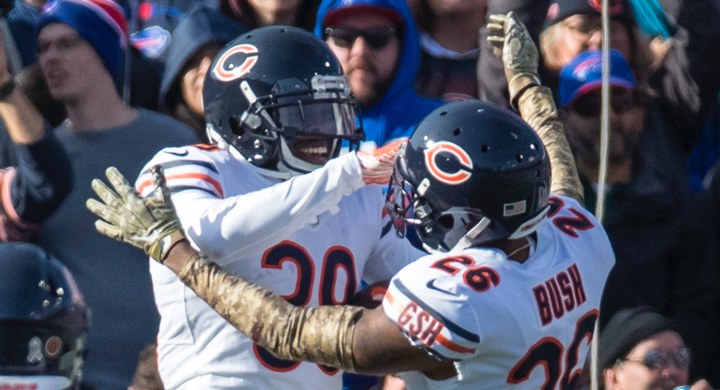 The Chicago Bears will host the Buffalo Bills this weekend in a Week 16 matchup on Christmas Eve at Soldier Field. The Bears and Bills haven’t played each other much historically, with Saturday’s matchup just the 14th time the two teams will meet and Chicago owning an 8-5 all-time record over the Bills.

For this week’s Bears Rewind, we take it back to 2018 when the Bears walloped the Bills on the road, beating current Bears backup quarterback Nathan Peterman and the Bills 41-9 in Orchard Park.

With the Bears up 28-0 at the half, Stephen Hauschka and Cody Parkey traded field goals in the third quarter before a Cody Parkey field goal and a Mitchell Trubisky touchdown pass sealed the deal in the fourth quarter in Buffalo.

The Bears defense — much like it was the majority of the 2018 season — was the story of the day with two defensive touchdowns, three interceptions, and four sacks against the Bills while the offense did just enough to get by.

Jordan Howard’s 47 rushing yards and two scores were the cream of the crop on offense, and Mitchell Trubisky’s 135 yards, one touchdown, and one interception on 12 completions were all we need to know about how truly takeaway dependent that 2018 team was.

While this weekend’s matchup will feature a drastically different Buffalo team, it also features a Bears team with a much brighter future than the one that took the field in 2018 with a winning record.

You can check out the highlight package here from the NFL on YouTube: