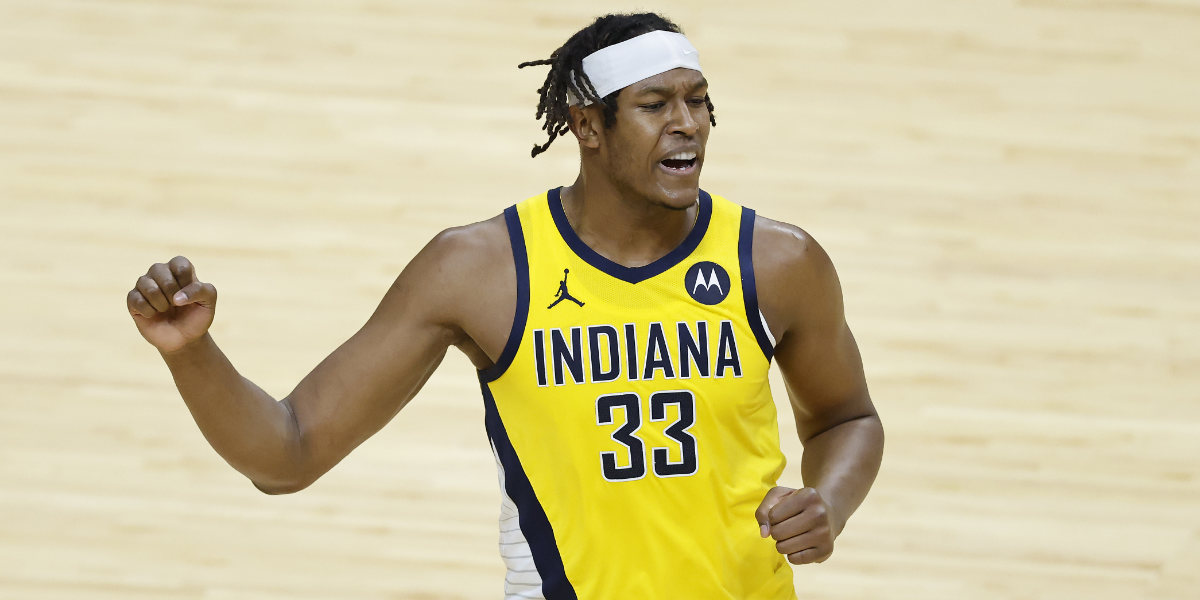 So, yeah, I think it’s time we check in on some of the league’s biggest rumors.

•   After a year-long hiatus due to the pandemic, the NBA announced earlier this year that Summer League will tip-off in Las Vegas on August 8th. Things might appear relatively normal for those fans who attend, but it might not be the same for everyone behind the scenes. According to The Athletic’s Shams Charania, the NBA has announced the guidelines for vaccinated and unvaccinated players during their Summer League stay.

•   To sum it up: Vaccinated players can live their best life in the Sin City while unvaccinated players will have to watch reruns of The Office in their hotel room. If any player is debating whether or not to get poked, perhaps this will serve as a push over the edge. After all, I have to imagine the rules and regulations for the 2021-22 season will be very similar, as Summer League is normally a testing ground for these kinds of things.

•   Speaking of Summer League, here is a friendly reminder that Team USA Select Team member Patrick Williams does plan to play for the Bulls. We’re not yet sure who else might round out the roster, but it does feel possible that 2020 second-round selection Marko Simonovic will make an appearance. All signs currently point to him officially joining the team when free agency hits next month, and I have to imagine Arturas Karnisovas will be eager to see him in action ASAP.

•   Free agency will open up on August 2nd (although, Bulls fans will also want to keep an extra special eye on August 1st). While the market may not be the sexiest this offseason, there should be no lack of player movement in the coming weeks. Not only is there a number of role players who need to find new homes, but executives believe we could see a spike in trades because of the lack of big-name talent in the open market. With that in mind, it is a good idea to familiarize yourself with the cap-space frontrunners by reading through Bobby Marks’ latest at ESPN. The Knicks, Heat, Spurs, Thunder, and Hornets are expected to have a good chunk of spending power this offseason. Chicago can technically be considered in that group if they decide to move on from practically every free agent and non-guaranteed contract this offseason (could get them to $32 million). Doing this would allow them to make a convincing run at a guy like Lonzo Ball and/or renegotiate Zach LaVine’s contract to reach an extension. However, it would also greatly impact their depth, and those teams who have more money could eat up many of the Bulls’ preferred remaining assets.

•   The Indiana Pacers are not expected to have any significant spending power this offseason, which means they could be one of those teams we see hit the trade market. The Ringer’s Kevin O’Connor said on the latest episode of The Mismatch podcast that Indiana and Golden State have spoken about a possible trade for 25-year-old big man Myles Turner. There is no question Turner could be of immediate use down low next season as they try to restore contender status, but it would be an interesting long-term move with second-year No. 2-overall pick James Wiseman on the roster. Basketball News dot com has more below.

The Warriors and Pacers have reportedly discussed a trade involving Myles Turner:https://t.co/ZG6HAQSCn7

•   O’Connor reportedly also said the Pacers have been “one of the more active teams” on the trade market, so we should continue to keep an eye on them over the next few weeks. I doubt they would begin to sell off multiple pieces with new head coach Rick Carlisle in the mix … but never say never, I guess.

•   According to the Los Angeles Times’ Broderick Turner, DeMar DeRozan, Kyle Lowry, and Spencer Dinwiddie all have an interest in playing alongside LeBron James and Anthony Davis next season (*pretends to be shocked face*). I’m sure most players around the league have a slight interest in playing for one of the most historic franchises in the league that also happens to be one season removed from its lastest championship. And, with that in mind, it’s hard to put much weight into this report. Sure, perhaps DeRozan takes less money to chase a ring, but how much less are we talking? The Lakers have very limited wiggle room, and the wiggle room they do have could very easily throw them into the hard cap. For now, I expect all three of these players to be on teams outside of LA next season.

•   Someone send this link to Karnisovas! Keith Pompey of the Philadelphia Inquirer has reported that the 76ers are open to trading the No. 28th pick in the draft. We learned a little while back that Karnisovas would consider a move up the draft board, and this was exactly the kind of range I projected the organization to look IF they actually chose to go that route. The late first-round has a number of experienced college prospects that could plug into the Bulls rotation immediately. Players like Ayo Dosunmo, Tre Mann, Jared Butler, Jaden Springer, and Kai Jones are just a few of intriguing names who could still be available at this spot (but surely unavailable by the time the Bulls are on the clock ten picks later).

•   To be clear, the Bulls would have to be very confident in who they are selecting to give up any assets for the No. 28th pick. I’m not sure exactly how much it would cost to snag, but I would not want to give up more than a couple of seconds or perhaps Tomas Satoransky (Thaddeus Young feels like a bit too much). Also, it’s always possible the 76ers are only putting this pick out there as some kind of sweetener in a Ben Simmons trade.

•   I will not be surprised if both are off the team by the start of next season.

League sources say Dennis Schroder and Kyle Kuzma feuded throughout the season, with things going further south throughout the #Lakers’ first-round series loss to Phoenix. Interesting note to consider heading into the draft and free agency.

To date, Bradley Beal has maintained he's staying, but if he decides to leave Washington, sources say the Warriors would have strong interesthttps://t.co/2TLq8bZ61x

•   The Chicago Bulls need depth at center, and Isaiah Hartenstein is one of those dudes who plays his butt off. If he happens to just be sitting there in free agency for cheap, I don’t think I’d mind if the Bulls gave him a try.