Sometimes it’s not your night, and sometimes that’s okay.

While we all would have liked a little more effort out of the Chicago Bulls in tonight’s 109-77 loss to the Indiana Pacers, it’s hard to blame them. The stars truly aligned for a perfect schedule-inflicted loss. Chicago was coming off a 13-game gauntlet that featured 12 matchups against 2020-21 playoff teams. The one game that didn’t come against a recent postseason squad? The Golden State Warriors, who have reclaimed their status as an NBA elite this season.

This 13-game stretch ended just last night against a physical New York Knicks team. The Bulls picked up the emotional victory in a vengeful fashion, moving to 12-5 and grabbing the top spot in the Eastern Conference. It was a wonderful way to cap off the last couple of weeks, but it was also all kinds of exhausting.

The Bulls looked like a team with tired legs from the moment the ball tipped. Meanwhile, the Pacers looked like a team fresh off a day of rest after playing the 3-15 New Orleans Pelicans. It also surely didn’t help that Nikola Vucevic and Alex Caruso were both glued to the bench in street clothes. Against a Pacers team that scores the 9th-most points per game in the paint and relies heavily on two versatile big men, the absence of both players led to a brutal 59-38 advantage for Indiana in the rebounding department and a 44-32 advantage in points in the paint.

I always think there is something to take away from every game, but the Bulls might be best served moving on from this one ASAP. This was the 7th game in 10 days and the team was missing two key players. It is what it is. Time to get some rest, head to Houston, and bounce back. 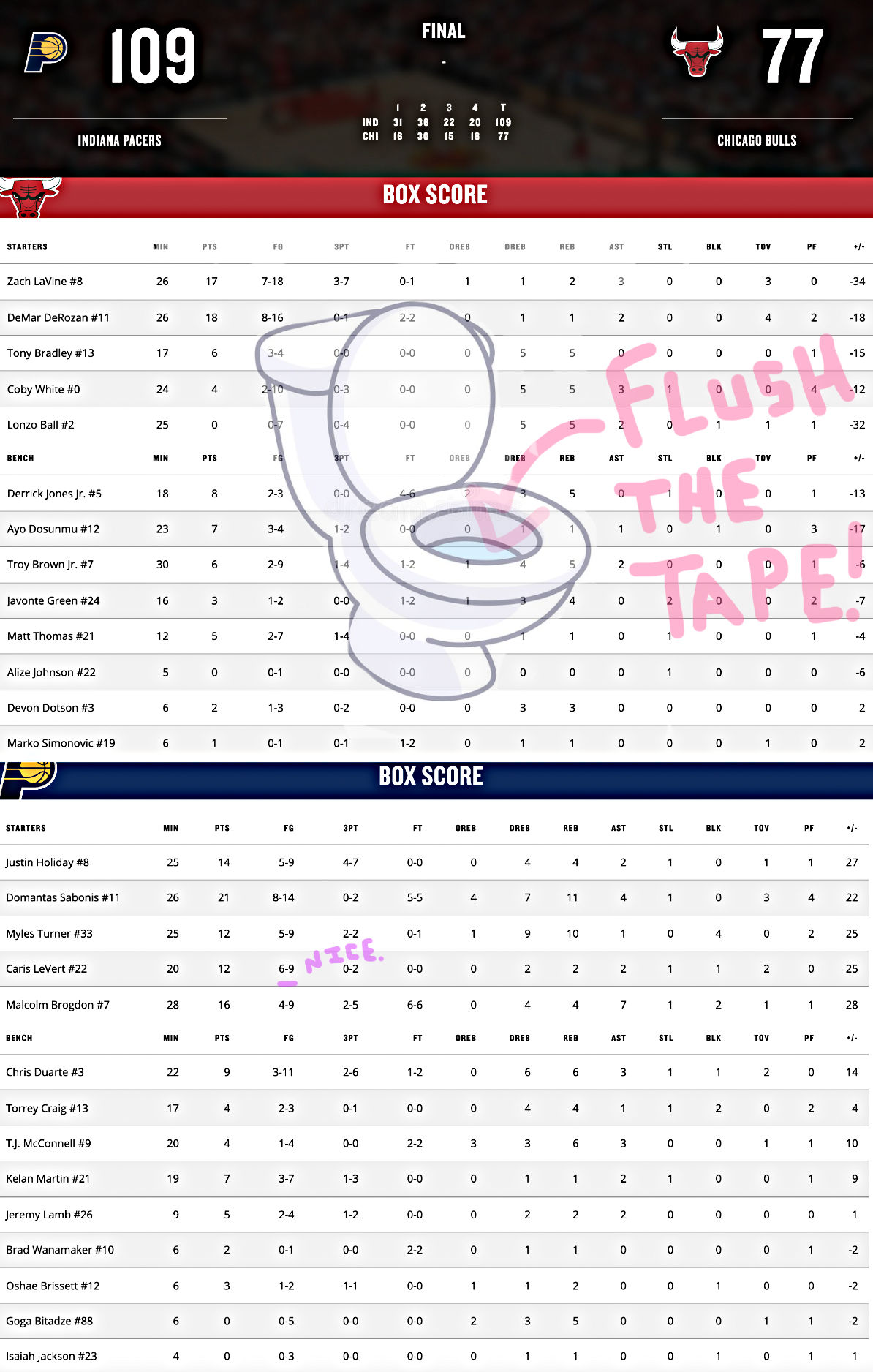