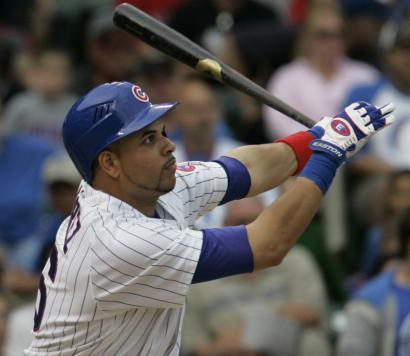 I don’t know why every ranking of Major League Baseball teams in the universe are called “power rankings” (because baseball involves power, I guess?), but they are. And the first two big ones have popped up for this season, ESPN and Yahoo. Phil Rogers put together a third, and decidedly lesser power ranking.

Having the Rays in the top spot seems like a nice nod to last season, but I’d have a hard time placing them ahead of the Red Sox. To me, the Yankees look like comparative shit – Andy Pettitte is old, AJ Burnett is the most overrated pitcher in baseball, ARod is out (and exposed, and sucks), everyone else is old. Yeah, they’re still good. But top three in baseball? I don’t see it.

The Cubs look about right to me, actually.

The AL East trio again tops the list. I want to claim Northeast baseball bias, but outside of the Yankees, I can’t really argue with it. Clearly there is some concensus on these top ten teams (notice, they’re the exact same in each list.