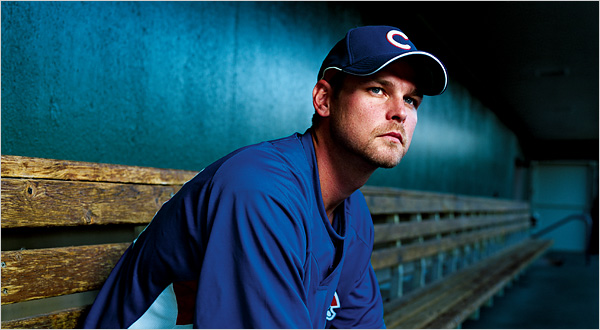 During the Dusty Baker era, several Chicago Cubs players – and Baker, himself – obliquely suggested they were the victim of racist vitriol in Chicago. And it was not as if fans necessarily didn’t believe them – it only takes one idiot to write a letter – it was simply that, there was never much discussion of the matter. It was usually one off-hand comment here or there that suggested, but did not discuss, a racial element in the Cubs fanbase.

Well, Kerry Wood discussed the matter yesterday, and confirmed that several of his teammates received racist mail while they played for the Cubs.

“I know just from the experience of playing with those guys, and I’ve seen some of the mail that they get, obviously not a lot of us get that kind of mail,” Wood said on “The Waddle & Silvy Show” on ESPN 1000. “I didn’t, but there are people out there that got their beliefs.”

Wood said he saw some of the mail that was sent to former teammates LaTroy Hawkins, Jacque Jones and former manager Dusty Baker.

“It’s tough to sit there and read that,” Wood said, “and it’s tough to even understand what those players go through.”

Bradley accused fans of making racial taunts at Wrigley Field during the 2009 season, but he declined to give examples of specific incidents. ESPN Chicago.

What is wrong with some people? There were so many legitimate, performance-based reasons to hate LaTroy Hawkins, Jacque Jones, and Dusty Baker. Race is a totally unnecessary, and disgusting, reason to hate them.