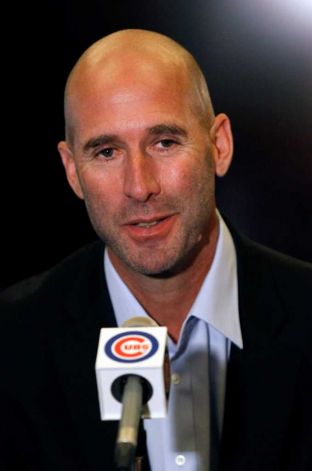 According to multiple reports, the Chicago Cubs have offered their managerial position to Milwaukee Brewers hitting coach Dale Sveum. And, according to at least one source, Sveum is expected to accept the job, with an announcement by Friday.

The Cubs have not confirmed the reports quite yet, but, as of late Thursday night, all signs pointed to Sveum. With the Boston Red Sox set to interview Sveum for a second time, the Cubs met with Sveum in Milwaukee on Tuesday night. And, while Cubs’ GM Jed Hoyer tried to play the meeting down as being just a happy coincidence that all parties were in Milwaukee, the timing suggested the Cubs were narrowing their field in response to overtures from the Red Sox.

When the Red Sox announced last night – after meeting with Sveum – that they might need to expand their search, the stars aligned for everyone to conclude that Sveum would be coming to the Cubs.

Sveum has always been in the upper echelon of candidates for the Cubs’ job, together with Texas Rangers’ pitching coach Mike Maddux, who, according to various reports, pulled his name from consideration for the Cubs’ job yesterday, citing family concerns. Maddux’s decision could be the tail or the dog: his withdrawal could have spurred the Cubs to move quickly on Sveum, or he could have withdrawn in response to the Cubs letting him know that Sveum was their first choice. We may never know exactly how things played out.

While everything now looks set for a Sveum/Cubs marriage and an announcement in short order, it bears reminding: sometimes these things play out over the course of several days. Contracts are to be negotiated. People have to make related decisions. And things can fall through. So, I’ll be reserving my full thoughts on the search and the decision until things are quite a bit more official.

For now, it looks like the Cubs want Sveum, and it looks like Sveum wants the Cubs. That’s as far as we can go right now for sure.