Tom Ricketts and Theo Epstein are Powerful Skip to content 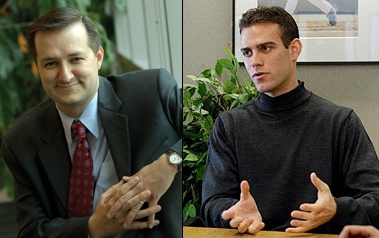 Chicago Magazine has released its list of the 100 most powerful Chicagoans, and a few notable names make an appearance. Obviously Mayor Rahm Emanuel heads the list, with U.S. Attorney Patrick Fitzgerald just behind. Rocky Wirtz, the Chairman of the Blackhawks is at number 5, Jerry Reinsdorf, the Chairman of the Bulls and White Sox is at 14, and Ted Phillips, President and CEO of the Bears is down at 39. Derrick Rose, back spasms and all, is a lofty number 7.

But where do the Cubs’ folks make an appearance? Owner and Chairman Tom Ricketts is number 30, which makes sense as a relative outsider when compared to guys like Wirtz and Reinsdorf. On Ricketts, Chicago Mag said:

He may have owned the team for only two years, but this U. of C. grad’s swift moves show he’s serious about building a winner. He ponied up a club record $12 million for the draft last summer, brought in game-changing general manager Theo Epstein [sic. – President of Baseball Operations] in October, and began orchestrating an ambitious (and controversial) Wrigleyville facelift by purchasing an adjacent McDonald’s lot. The next measure of his reach: whether he can secure state aid for the ballpark’s renovation. So how about that “game-changing general manager, er, uh, President of Baseball Operations”? Epstein, who’s been in Chicago just a few months, comes in at number 48:

In only a few months, the former Red Sox GM has improved clubhouse culture (see the Carlos Zambrano trade) and coined a phrase—“the Cubs Way”—that stands for philosophical change on and off the field. Because Epstein has the power to assemble the player roster of tomorrow, the beloved but woebegone franchise will rise or fall on his decisions.

Maybe I’m cheesy, but I love the pictures Chicago Mag chose for each of the two. The pictures convey, to me, what each guy is about: Tom Ricketts is earnest and hopeful, Theo Epstein is clever and always planning.

Here’s hoping that, by 2015, Ricketts and Epstein come in much higher on the list, thanks to their successes over the next four years.

(For you law dogs out there, Richard Posner came in at a lowly 67, which, like, come on.)