Cubs' Minor League Daily: Into The Future Skip to content 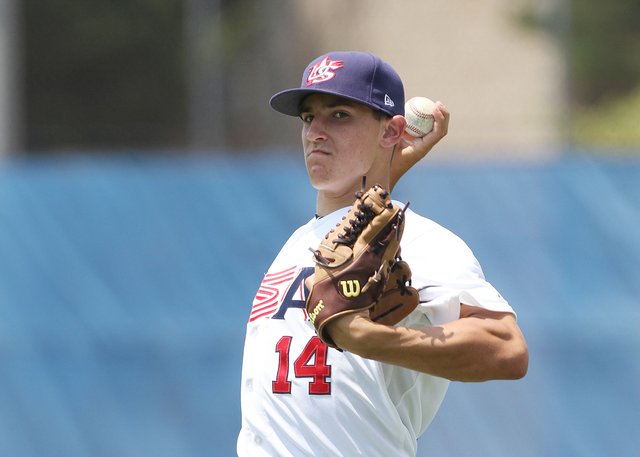 Cubs’ fans in search of something to look forward to saw a lot to like in Sunday’s Arizona Cubs game. The first three pitchers in that game were three of the youngest and best pitching prospects in the farm system.

Dillon Maples finally made his long awaited professional debut in a one inning start. He had a little trouble, but no more than I would expect from a guy in that situation. He was followed by Ryan McNeil, who pitched 1.2 innings, and then by Paul Blackburn, who pitched 2.1 innings.

All three of those guys are going to spend a lot of innings in the minors over the next few years. They will struggle mightily at times, odds are good they will probably be injured, and no doubt many Cub fans will label all three of them a bust at some point or other. Despite that, all three have the potential to be a quality major league starting pitcher. They may not reach that potential (odds are they will not), but the potential remains. When the Cubs’ farm system once again begins to produce high quality pitching, I think at least one of these three pitchers will be among the headliners.

That future is a long way off, though. The Cubs have a lot of games to play before this particular wave of talent arrives.

Iowa – The game went into extras, but Iowa lost 6-3 in ten.
Tennessee – The Smokies had Sunday off.
Daytona – The Cubs enjoyed a rare offensive outburst in this 12-7 win.
Peoria – The Chiefs scored ten times on twelve hits in this 10-6 win.
Boise – The Hawks won a 1-0 shutout.
Arizona – The Cubs had their chances to score more runs, but ultimately lost 7-3.