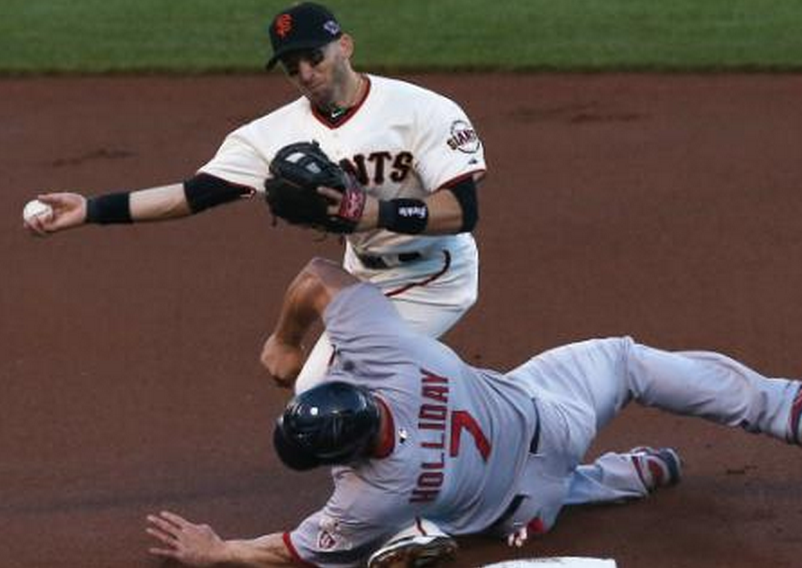 Remember that time Matt Holliday slide late and high into Starlin Castro in order to “break up a double play”? (Of course you remember – it was during the first BN Blogathon!) It obvious immediately that it was a bush league play, and one that should have drawn some retaliation from the Cubs. Castro could have been seriously hurt.

This was Matt Holliday last night:

Marco Scutaro stayed in the game (before leaving late) and initial x-rays were negative, but is now undergoing tests for his how-can-it-not-be-injured leg and hip. At some point, a player stops being a “hard-nosed baseball player,” and simply becomes a “dirty baseball player.” With that slide, Holliday officially flipped over that line for me.