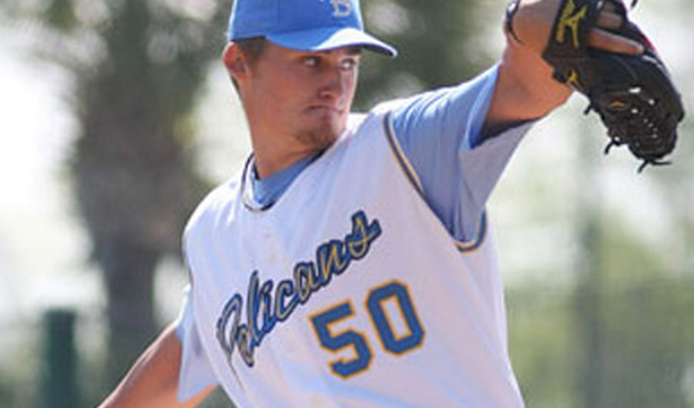 Well this is a curveball.

Today, the Chicago Cubs acquired pitching prospect Barret Loux and a PTBNL from the Rangers for pitcher Jake Brigham. You’ll recall that Brigham was the hard-throwing prospect whom scouts really liked that the Cubs acquired from the Rangers in the Geovany Soto deal mid-season. He ended up hurting his arm in the second half, and didn’t really do much in his time with the Cubs. He was taking up a 40-man spot, so the move, in that respect, is unsurprising.

Loux, 23, is really interesting. He’s got a wild story, having been a first round pick (6th overall) by the Diamondbacks in 2010, but not signing (shoulder injury). He was subsequently signed by the Rangers, and has been decent since then. I’ll have more on this deal in a bit, but the rest of the roster moves are coming down now. From the look of it, the Cubs are getting a nice prospect because of Brigham’s injury. Just a guess.

UPDATE: Just to make it explicit, no, Loux does not go on the 40-man roster, which was part of the reason for the trade being tonight. He signed in 2010, and isn’t Rule 5 eligible for another couple years. The early take on him as a prospect from the Twitterverse (including Rangers-side folks) is that he’s not overpowering, doesn’t have great stuff, but so far has had great numbers. The upside is probably a back of the rotation starter, at best. Some Rangers folks like Brigham better, others Loux. But they’re in the same range, assuming both are healthy (which, obviously, Brigham was not).