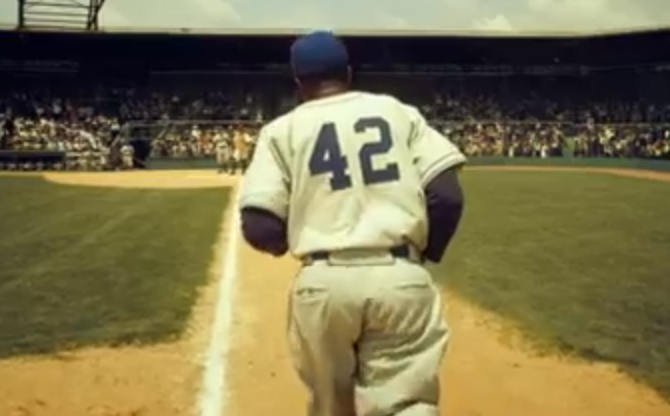 There is a relatively important – and hopefully good – movie coming out April 12, and it just got its second trailer. The movie, ’42,’ is a biopic of Jackie Robinson, the first feature about his story since ‘The Jackie Robinson Story’ 60 years ago, staring Robinson, himself. Here’s a little more background on the movie, which includes the first trailer.

That first trailer was good, but it was hard to tell if the flick was going to be a great one, or a disappointment (and it was hard to tell if Harrison Ford as Branch Rickey was going to be an over-the-top success, or an over-the-top annoyance). The second trailer doesn’t give us much more to answer the parenthetical question there, but as for the movie … man, it looks good.