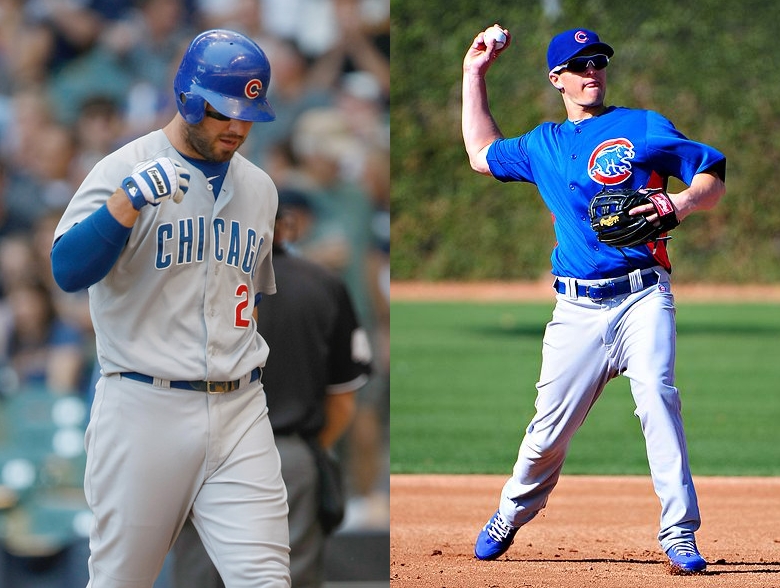 Ian Stewart and Josh Vitters won’t be participating in today’s intrasquad game as planned. As noted in the Bullets this morning, each is dealing with a quad injury, and Stewart will be having an MRI to determine the extent of the injury. He expects to take a few days off regardless. Vitters isn’t yet scheduled for an MRI, but he’s also going to get some rest. It’s early in Spring Training, and way too early to be concerned.

As for the intrasquad game, which starts at 1pm local time in Mesa, the lineups today feature far fewer regulars than yesterday’s game, but still have quite a few roster competitors and interesting youngsters.

The lineup for the White team:

And the lineup for the Blue team:

Tidbits: Johermyn Chavez is the positional equivalent of Diaz (a minor league signee who is young enough and intriguing enough to be considered a borderline prospect), so he’ll be interesting to watch. Brent Lillibridge’s versatility shows right out the gate. Christian Villanueva gets starts in both games, which is interesting given that he’s not really competing for a job at this point (of course, today’s start is largely because both Vitters and Stewart are out).

Feel free to use this post as your open thread for the game, itself.