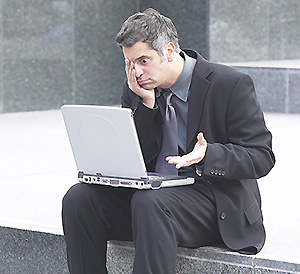 Well, it’s been an ugly stretch. After being informed that my usually-reliable host had suffered a “mild” power outage, an MRI revealed that the issue was far more serious than originally feared. That led to the herculean downtime you saw over the past 16 hours, for which I apologize profusely (not that there was anything I could have done about it). The site is currently on a throwing program, and should be ready to get back on the mound soon.

Unless it isn’t. If the site should go down again today, make sure to check for updates on Twitter and Facebook, since they would be the only places I could go. Let’s all cross our fingers it doesn’t come to that.

How about some Bullets? (Which don’t include Wrigley renovation talk, which is coming later this morning – there’s A LOT to discuss.)

The Cubs, with their Opening Day lineup, took down the mighty Rangers today (also featuring regulars), which suggests to me that any Cactus League struggles to this point are merely a reflection of the fact that the Cubs weren’t trying.

Chris Rusin had his first rough outing of the Spring, although it wasn’t atrocious. He gave up four runs in his five innings on seven hits, but he didn’t walk anyone and struck out four. I’d think he’s still in line to be the Cubs’ emergency starter, and has a good shot at the bullpen right now.

Blake Parker got the 9th inning today – following Shawn Camp, Carlos Marmol, and James Russell (all regulars) – which is modestly interesting. He allowed one hit and nothing else (striking out one) in his inning of work. He’s at least as plausible an option for the pen as a Zach Putnam, Drew Carpenter, or Jaye Chapman. Which is to say it’s unlikely he makes the pen, but it’s possible.

Carlos Marmol: uneventful inning. That’s all I need to say.

Alfonso Soriano hit another homer today, and also had an outfield assist. He’s been having a fine Spring, which he often does.

Darwin Barney also went deep, which will almost certainly translate into increased power during the season. (Actually, his trajectory and build do have his power increasing slightly from year-to-year.)