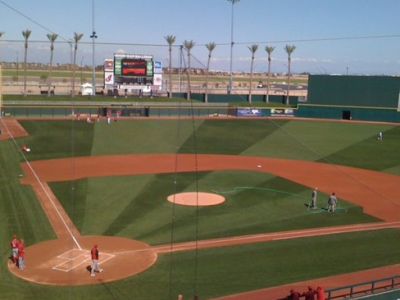 The Cubs head out to Goodyear to take on the Indians today (the Indians who’ve dominated the Cubs all Spring, which, like, whatever), and Chris Rusin gets the start. He was recently cut from camp, but the Cubs are keeping him on a regular start schedule (further suggesting that he’s their current sixth starter). He’ll head to AAA Iowa to start the year, but he’ll be just an elbow tweak and a phone call away.

You can watch today’s game on MLB.tv or listen on WGN Radio. Otherwise, if you get MLB Network, you can watch a replay at 6am CT tomorrow morning.

Today’s lineup was supposed to feature Dave Sappelt in the leadoff spot, but apparently he’s going to get a couple days off after taking a ball to the neck. Carlos Villanueva is under investigation.