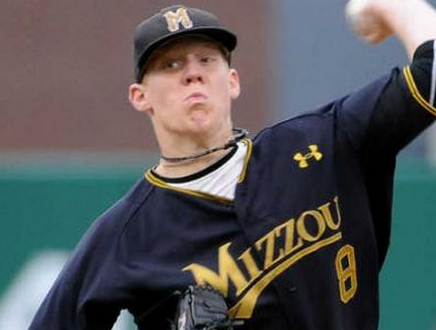 As with Kris Bryant before him, there are some bits to discuss on the Cubs’ second round pick – number 41 overall – Rob Zastryzny, a lefty starter out of Missouri. Unlike Bryant, Zastryzny wasn’t generally thought to be the Cubs’ pick going into the second round, and, although he didn’t have a ton of buzz last night, it’s not like the pick was a total stretch.