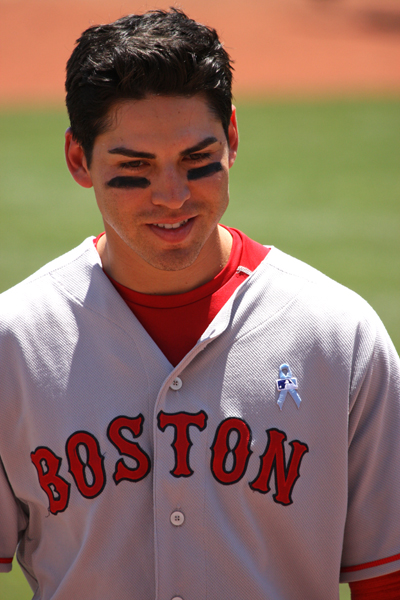 The conversation has already started, spurred no doubt by superagent Scott Boras: is Jacoby Ellsbury worth $100 million?

The speedy outfielder, who turns 30 on Wednesday, is having his second excellent season in three years, and figures to cash in as one of the few top tier free agents this offseason. Some execs, according to that Jon Heyman piece, think Ellsbury cracks $100 million, and Boras is certainly doing his part to suggest that Ellsbury provides far more value than Carl Crawford did at the time he signed for seven years and $142 million.

Although Ellsbury undoubtedly provides value in areas other than with the bat, you can’t ignore that this season – his walk year – is the only season he’s posted an OPS+ over 100 besides his MVP-caliber season in 2011. The upside appears to be as tantalizing as the downside is disappointing.

Indeed, so much of Ellsbury’s value comes from his speed that I feel like we might be in for a Michael Bourn redux discussion this Winter, in terms of Ellsbury’s expected price tag. Ultimately, Bourn – a fellow speedy center fielder who derives much of his value from defense and baserunning – got just four years and $48 million from the Indians after entering the offseason as a Scott Boras $100 million rumor special.

Potentially complicating the discussion even further? Ellsbury is hurt. He injured his foot last week, and it turned out to be a compression fracture. Apparently that’s not serious enough to keep him out the rest of the way – the Red Sox expect him back before the end of the season – but it’s a mild injury concern to add into his turn in free agency. Ellsbury also missed significant chunks of the 2010 (ribs) and 2012 (shoulder) seasons with injuries. Both injuries would fall into the “freak accident” category, but it’s a part of his story. (Also part of his story? Ellsbury will be tied to draft pick compensation.)

That’s all well and good, but … is any of this even relevant to the Cubs?

Eh. There are comments here and there from national guys who say they expect the Cubs to be active in free agency this year, but I expect those comments have more to do with a general perception that the Cubs are a “large market” team that has shed a bunch of money in the last two years. As we’ve all been tracking closely, the Cubs may not yet spend big in 2014, given the state of the renovation and the impending TV deal. I anticipate that any Ellsbury pursuit by the Cubs will be much like other top free agent “pursuits” in the last two years: follow the market, see what happens. If he gets his megadeal, fine. It probably won’t be the Cubs. If he slips into late in the offseason, maybe the Cubs keep monitoring (unless they’ve already picked up an outfielder). With only Nate Schierholtz a virtual lock to return as a starter in the outfielder next year, the Cubs do have some positions to play with, if nothing else.

The Cubs do have some interesting near-term decisions to make in the outfield, though. Yes, Albert Almora, Jorge Soler, and possibly Kris Bryant could be coming on fast, each claiming an outfield spot by 2015 or 2016 (maybe even 2014 in Bryant’s case, if he moves off of third base). But as brightly as their prospect stars shine, we all know the story with prospects: sometimes they flame out. Sometimes they break. Rarely do you see your best laid plans come to fruition, and it would be foolish to plan on all three players’ trajectories working out perfectly in the next two years. Further, although the Cubs might have a complementary outfielder breaking through in the next year or two, there aren’t any clear, first division starters among the AAA and AA crew.

At the same time, is getting in bed with six years of an Ellsbury the right move? That could be a pricey investment that is most useful in its first two years (when the Cubs might be bad anyway), and considerably less useful in the latter four (when the Cubs might be good, but Ellsbury would be older and slower – and could even be approaching fourth outfielder status, depending on the prospects’ progression).

When the offseason rolls around and we start digging into these things more closely, I reckon I’ll be throwing my hat into a three or four-year deal for Shin-Soo Choo, rather than a six or seven-year deal for Jacoby Ellsbury. But, right now, it’s still too early to even say what each player is actually going to get – or what other players might enter onto the market via trade (or, hell, what teams are going to be looking to do what).

Right now, this is just an abstract discussion.