So Now What About the Coaching Staff? And Other Bullets Skip to content 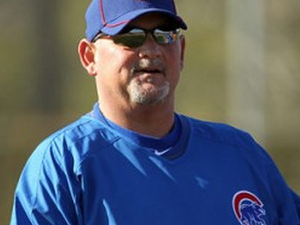 I made a late-night trip to Chicago last night so that I could take in today’s season ticket holder event, featuring the Presidents (Epstein and Kenney), later this afternoon. In recent years, the Cubs have done a conference call for this kind of thing – and they are usually pretty fruitful with information – but this year it’s an event at the Bank of America Theater downtown. I’m not sure what the Internet will be like there for live-blogging purposes, but, at a minimum, I’ll be sure to take copious notes to let you know any interesting tidbits as soon as I can deliver them. Until then …