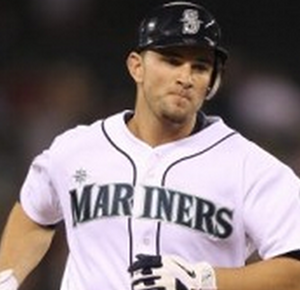 If the Chicago Cubs are looking to pick up a cheap, right-handed outfield complement, they may have just done it. According to Matt Eddy, the Cubs have signed Casper Wells to a minor league deal, and he’ll presumably get an invite to Spring Training. The signing won’t light your world on fire, but it’s the kind of thoughtful, no-risk move that every successful organization makes. Hell, even the unsuccessful organizations make these moves, too. I guess I leave it to you to place the Cubs on the continuum.

Wells, 29 (today, actually – happy birthday, dude), is your prototypical “can play anywhere in the outfield, but is mostly a corner outfielder” type guy. He was, at one time, a really solid-looking fourth/third outfielder for the Tigers and Mariners, before falling off a cliff last year. The season was truly a brutal one for Wells, who dealt with injuries, an hilariously low BABIP (.188), and bounced from team to team to team. I won’t go into the nitty gritty, but, suffice it to say: his OPS+ was -7. It was only 102 plate appearances, though.

Wells walks at an 8% clip and has a .166 career ISO, so he does some things decently. FanGraphs also has him as a pretty good defensive outfielder. Moreover, for his career – even including last year’s abomination – he’s a .248/.329/.450 hitter against lefties. Not exactly raking, but, combined with the defense, he could be part of a modestly successful platoon.

The signing reminds me a great deal of the Brian Bogusevic deal last year, as he can also play all over the outfield, and was coming off an exceptionally poor season in 2013. Bogusevic was never going to be a starter for the Cubs, but, as he proved, he could be a nice 4th/5th outfielder type, and start for a stretch in a pinch (especially on an, um, uncompetitive team).

Wells will get a legitimate shot to make the team in Spring Training as a 4th/5th outfielder, depending on what happens out there the rest of this offseason. If he doesn’t make the team, like Bogusevic before him, he’s nice insurance to have down at AAA Iowa. Here’s hoping the Cubs add an actual, starting-calibre outfielder at some point this offseason.

And if he doesn’t stick in the outfield, maybe the Cubs will convert Wells to the mound.