Ted Lilly is Riding Off Into the Sunset Skip to content 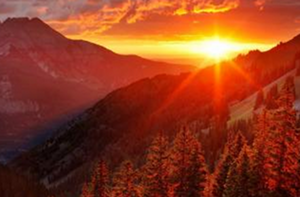 The Chicago Cubs of the last 10 years have really come to be known by their folk heroes. Todd Walker. Bobby Scales. Tony Campana. Mark DeRosa. Henry Blanco. I could go on. You know the type I’m describing: They aren’t stars (though some were quite good for the Cubs), but their luminescence in the hearts and minds of Cubs fans outshone by leaps and bounds their actual ability on the field.

And one of the greatest folk heroes in recent memory is Theodore Roosevelt Lilly. But you can call him Ted. Probably. Well, maybe not. He might fight you.

Lilly was a part of the Cubs’ spending binge that preceded the 2007 season, netting him a four-year, $40 million contract (agreed to while Jim Hendry was in the hospital, only heightening the legend of Lilly) – massively backloaded, of course ($6M/$8M/$13M/$13M). Prior to coming to the Cubs, Lilly had been a successful, though not overly impressive lefty. He really blossomed with the Cubs (10.4 WAR over his first three years), pitching well enough for folks to start calling him things like “bulldog,” and helping the Cubs to the playoffs in 2007 and 2008.

In the middle of his final year with the Cubs, Lilly was dealt, together with Ryan Theriot (another player who enjoyed a brief run as a folk hero) to the Dodgers for Blake DeWitt and a couple pitchers who never reached the big leagues.

Today, Lilly told a Venezuelan newspaper (he was presumably in South America single-handedly fighting a drug cartel or befriending a surly bull) that he is retiring. Most of us will remember Lilly fondly, be it for his eponymous fan club (RIP to one of the funniest Cubs blogs of that era), his infamous glove slam, his absolute leveling of Yadier Molina, or his take-no-guff-from-Edgar-Renteria moment in Atlanta.

Best of luck to Lilly in his post-playing days. I am imagining him, DeRosa, and Blanco forming a Styx cover band, and it being awesome.

(And make sure to see the obligatory gloveslam.gif, courtesy of BN’er jon in the comments.)