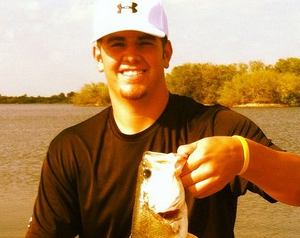 For regular readers of prospect articles on Bleacher Nation the name Corbin Hoffner is probably a little familiar. You may recognize it as a name I’ve talked about a little in the past.

Dedicated followers of our minor league coverage might remember that Hoffner snuck into the 2013 mid-season edition of the Bleacher Nation Top 40 Prospects. The 2012 pick checked in at number 33 on that list thanks to some very impressive numbers as a reliever with Boise.

Those numbers did not get any less impressive by season’s end.

That discussion is coming after this word from our standard Prospects Progress disclaimer. The goal here is not to re-rank the prospects (that comes next year) or to assess the strengths and weaknesses of farm as a whole (that also comes next year). The goal for this series is to take each prospect individually, study the progress made so far, and see what we can learn about the future for that player.

There are not a lot of numbers to dig into with Hoffner, but what we do have looks very good.

Corbin Hoffner, RHP
Born: July 30, 1993
Acquired: The Cubs drafted Hoffner in the 14th round of the 2012 draft out of St. Petersburg College.

It isn’t too often that teams are able to draft an eighteen year old out of a college program, but that is exactly what the Cubs did with Hoffner. Since signing for the slot maximum in 2012, he has worked 59.1 innings between the Arizona Rookie League (2012) and the Short-Season A Boise Hawks (2013). With the exception of one game with Arizona, he has worked exclusively out of the pen.

With the Hawks, Hoffner pitched 46.2 innings of relief across 16 games and finished with a K/9 of 8.1 and a K/BB of 3.23. The one home run he allowed for Boise is the only one he has allowed as a professional. His GO/AO was 1.16, a figure that is good, but not great. That doesn’t put him in the category of a fly ball pitcher by any means, but it is higher than good ground ball guys generally show at this stage in their career. On the other hand, his H/9 was a very impressive 5.6. Combine that with his solid BB/9 of 2.5 and we have a guy who finished the 2013 season with a WHIP of just 0.900. All three of those numbers are good signs.

Scouting reports from the Northwest League can be hard to come by, but the most consistent reports on Hoffner have his fastball in the low nineties with a slider that is sometimes good but still inconsistent. I have not come across enough discussion of any third pitches to mention them with any confidence, but given that he is 6’5″ and 235 lbs I would not be surprised if the Cubs have at least toyed with the idea of converting him to a starter. If they do attempt that experiment, he will almost certainly need a solid third pitch to back up what he has now.

It is not hard to project good things for a big right-handed pitcher who consistently throws strikes and is able to consistently get outs even while his stuff is developing. And make no mistake, I think the numbers pretty clearly indicate that at he is definitely a work in progress.

Be warned, I’m about to commit a number of sample-size-related stat sins here, but I think it is for a good cause.

Those are three very different months, and the biggest difference between the three is that GO/AO. Dropping from a 2.57 in June to a 0.67 in July strongly implies something changed. I have no direct knowledge of this situation, but in the past I have seen numbers skipping around similar to this when a player, particularly in the low minors, is throwing a particular pitch more than he normally would for a time in order to get some extra work with that pitch. For example, and this is speculation, I think we would see numbers similar to these if Hoffner was having a great deal of success with his fastball in June, but the Cubs had him concentrate on throwing his slider more in July because that pitch needed more work.

One way we can read those month to month numbers, then, is that Hoffner is a very good groundball pitcher was working on some additional pitches during part of the season.  Ultimately time will tell.  The point here is that, despite some inconsistency within his season that, arguably, implies his stuff is still undergoing development, he still put up solid numbers both within those months and across the season. Hoffner is young, enjoying success, and leaves plenty of room for future projection. That’s a nice combination to have lurking in the low minors.

If the Cubs opt to keep him in the bullpen, I think he could move quickly. He should be able to handle 60+ innings of relief next season, and that would be enough to keep him in the pen in a full season league all year. Given his success in Boise, I think jumping him to Daytona might be a viable plan. Regardless of where he starts, though, should he remain in the pen, I think he has an excellent chance to finish the 2014 season no lower than High-A.

But I’m not convinced he’s ticketed for the pen. In many of his games with Boise he pitched at least three innings. That is often the pattern we see when a team is piggy-backing two starters together because they have more pitchers who need innings than they have slots in the rotation. Even though he worked exclusively in relief, it is very possible that the Cubs were already grooming him to start.

If he does enter the 2014 season as a starter, the innings count becomes a bit more of a concern. I doubt the Cubs would let him vault from 46.2 innings all the way up to 110+ innings in a single season, so he may need to either get a late start or spend part of the season working in relief. Either of those moves would make sense depending on the other factors involved. Spending another year in a piggy-back arrangement would also work.

As a starter, though, I don’t really see Hoffner vaulting to Daytona right away. I still think he has a chance to end up there, but Kane County would be far more likely at the start of the year.

Whether as a starter or a reliever, 2014 is going to be a critical year for Hoffner. With another successful season he is going to start attracting attention as an organizational pitching prospect worth monitoring and will likely start climbing in many more top prospect lists. If he struggles, though, he risks getting passed by the army of arms the Cubs drafted in 2012, 2013, and will likely draft in 2014.