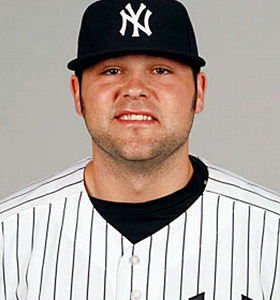 Joba Chamberlain didn’t excite too many of you as a reclamation project, and he looked increasingly likely that he was going to be paid like a reliable reliever. Combine those things, and I doubt too many folks will be disappointed to learn that Chamberlain is reportedly close to signing with the Detroit Tigers.

Chamberlain has had a rough go of it in the last couple years, both in terms of health and performance. I spent far too much time analyzing Chamberlain as a target, and here’s where I landed on a prospective deal:

The key to any deal with Chamberlain would be the cost (I guess that’s true more often than not). Unlike Axford, whom you’d be signing on the expectation that he can be a productive member of the bullpen in 2014, Chamberlain would be a flyer. He’s a virtual lock to get a Major League deal from someone, though I doubt he gets two years. One year and a couple million is probably the maximum someone will be willing to guarantee him. If he is willing to take a one-year-plus-team-option type deal, that could be a very nice signing.

I have a feeling he’s going to get a little more than that from the Tigers, and I’d rather see them taking that risk than the Cubs. John Axford still sounds better. Joaquin Benoit, even at his expected rate, sounds better still.