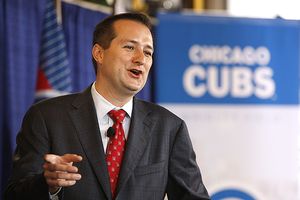 Chicago Cubs owner and chairman Tom Ricketts addressed the team today in Mesa, Arizona, and then spoke with the media. You can catch a great deal of his comments on Twitter, and Jesse Rogers also grabbed some audio.

Some of the informative highlights: