So, the Chicago Cubs Have a Positive Run Differential ... and the Worst Record in Baseball Skip to content 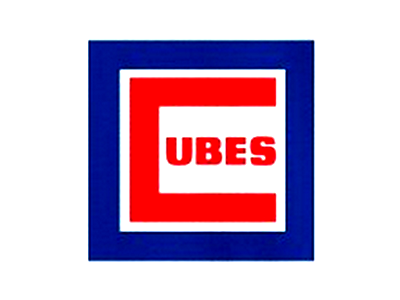 I can’t back this up with data at this point, but I would submit that it’s pretty damn rare – and infinitely Cubes – for a team to have both a positive run differential and the worst record in baseball. I suspect that statement is true in mid-April. I suspect it’s super true in late May. Great research question: what’s the latest a team has had the worst record in baseball, but still had a positive run differential? It wouldn’t surprise me in the least to learn that it’s the 2014 Chicago Cubs.

It might not be, though. The thing about run differential – the difference between the number of runs a team has given up, and the number of runs it has scored – is that it is best understood and applied over a huge and evenly-distributed schedule. We’re not really there yet, so there’s only so meaning you can divine from what we’re seeing. Have the Cubs lost a lot of games that they “should” have won? Sure. Have they won many games that they “should” have lost? Doesn’t seem like it. But that’s as far as I can go, and that’s why the “luck” word comes up so much.

Presently, the Cubs sit at 16-27, a game and a half clear of the Astros for the worst record in baseball.

The Cubs have a 15-run lead on those Yankees they just beat last night, but the Cubs would trail the Yankees by 6.5 games in the standings.

By BP’s adjusted standings, though, the Cubs should be about a game over .500, and just a game behind the Cardinals in the NL Central right now. How much does that hurt, and how awesome would that have been?

So, what do we do with this information? Do we start to have a little hope? If the Cubs are actually a better team than their record indicates, maybe they’ll go on a hot streak over the next month, and suddenly put themselves on the fringe of playoff contention!

While that would be swell, I wouldn’t get too excited just yet. The problem here is that the “bad luck” of the early going is already locked into the Cubs’ record. Those 27 losses will never go away. And, even if we buy that the Cubs are legitimately an even run differential team going forward, that would put them on pace for a record right around 76-86. Well out of the playoffs. Just good enough to probably lose out on a protected draft pick. Unless that came with huge attendance gains (I really don’t think it would), finishing at 76-86 might be just about the worst case scenario, if you can step back and be honest.

I love that the Cubs have won three in a row, and I love that there’s some real underlying talent on this team, driving it’s positive run differential. But I still expect this team to lose more games than it wins over the next four months, and that’s in large part because I still expect them to sell off come July. If 76-86 is the realistic outcome by holding this thing together, then I think selling off remains the appropriate course.

Sorry to wrap up on a Debbie Downer note.

Let me try that again the Cubs have won three in a row against first place teams. A lot of guys on the team are playing well, and they really do have some nice, exciting young pieces. There are things to enjoy about this club – and I definitely do – so long as you keep the proper perspective.