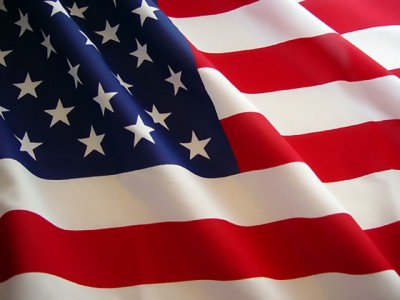 [Chris Neitzel is a long-time BN’er and the research-happy author of ‘Beyond Bartman, Curses, & Goats: 105 Reasons It’s Been 105 Years.’ Chris knows that Cubs’ fans are used to having their seasons … ahem … “over” by America’s Day of Independence, so he wanted to look into the numbers behind it. Sadly, the historical numbers are probably even more dispiriting than you thought.]

Summer vacation when I was a kid meant playing baseball every day. Literally every day. I am sure you younglings ( … you know, in your thirties) have heard this before, from grumpy old curmudgeons like me.  Atari didn’t arrive until the late 70’s, and even when it did … the sports games (how can I say this?…sucked!). So we still preferred going outside and playing the real thing.  We played 1 on 1, 2 on 2, and 3 on 3 … whatever we had.  We creatively game up with ways to adapt; the prototypical one field out (not really the best for developing hitters), estimation ball (this was for one on one match-ups, pitcher and hitter would estimate what the ball in play would be – a hit or an out – and, yes, it did cause a few arguments), and my favorite option of limited numbers baseball … a Series.

We needed at least two on two for a “Series”, but the general parameters were this: we would play a best of 7 World Series of 3 inning games, with one team picking an American League team and the other selecting a team from the Senior Circuit. Playing these “series” may be one of my fondest childhood memories; there was no finer way to spend a summer afternoon. Play a series, go for a swim, and then hopefully repeat the process the next day.

There was one slight problem with this. My brothers and my neighborhood buddies were all serious baseball fans, and we were sticklers for realism. Therefore, when we would select a team to pretend to be in these little pseudo-series, it had to be a team that was currently a contender.

Guess which team this usually eliminated, and was not considered a realistic choice?

When doing the research for this piece, it really took me back to the process I went through while writing my book. (Details on a July “special” at the end of this post!) While coming up with 105 (logical and rational) reasons why the Chicago Cubs have not won a World Series in 105 years, I would come up with a theory, do the research on the awesome baseballreference.com, and then get a huge sense of reward at how well the research backed up my theory. I felt the same satisfaction while completing this piece.

That pounding of the Red Sox was enjoyable – and the young guys are knocking at the door – and things may be trending up for the Cubs. Yet, as far as the 2014 season goes … the fact is, here on July 4th, at best the Cubs will be 8 games under .500 and 11.5 games out of 1st place. If my buddies and I went out and had a Series today, we wouldn’t be able to choose the Cubs.

These thoughts lead me to examine the Cubs historical positioning on the Fourth of July. I decided to use 1969 as year 1 of my study for a couple reasons. The first: while not the Cubs’ entire history, it provides 45 seasons of evidence. The second: Cubs history prior to that is pretty easy to sum up … the Cubs were competitive in the 20’s, really, really good in the 30’s, and just dreadfully rotten from 1945-1967.  Consequently, I began with 1969, and researched where the Cubs stood every year up until 2014 on the Fourth of July.  Caution: an alcoholic beverage or an anti-depressant may be required after reading this.

That’s not a good start.

Including the 6 seasons in which they were actually in first place, there have been 16 seasons of the 46 where the Cubs were within 5 games of first on July 4 (debatably contending). That’s almost 35 percent. Hooray! Of course that puts the average of not-contending at 65%. Boo!

As expected, there is a direct correlation here with the last question, but the answer is 17.  Captain Obvious here, but a winning record helps a team contend.  Unfortunately, the Cubs have had a winning record on July 4th in only 37% of the seasons since 1969. [Brett: Holy crap that’s awful.]

One more way to look at this atrociousness:

Seasons in which the Cubs were in first place on July 4th: 6

Seasons in which the Cubs were at least 15 games out of first place on July 4th: 8

So, what does all of this “Cubs on July 4th research” tell us? The Cubs are rarely in first, they infrequently contend, and more often they are completely out of it.

Yes, it’s a bit depressing … but now for the proverbial silver linings that we Cubs fans always have to search for. I think the current front office is well aware of this history, and are attempting to build an organization that is not as feast or famine (mostly famine) as the Cubs have been. I am a huge Chicago Blackhawks fan, and of course I was upset when they lost the heart-breaking series to the L.A. Kings. Nonetheless, it did not devastate me as Cubs losses have historically done. I know with the current state of the Hawks’ organization they will be Cup contenders for years to come. The Cubs’ failures have a different feel. Cubs fans sense that a blown play-off opportunity means the next chance will most likely be years away … and historically they have been correct.

I do believe the team is on the path to consistent contending, but I doubt any kids will be choosing the team when playing a “series” with their neighborhood buddies.

But! … the team will be much better to play with on PlayStation 5, 6 and 7, and all future incarnations of X-Box. That’s progress.

If you would like to join the hundreds (okay, it’s probably thousands now) of Cubs fans who have enjoyed my book, I will be selling them directly from home during the month of July.  You see, we starving artist types make very little from Amazon, and selling directly is more profitable.  I have two different promos I am running:

My web-site should be up and running (finally) in a couple of weeks; but, if interested, the easiest way is to email me at [email protected], or if you follow me on twitter [email protected]…contact me directly.