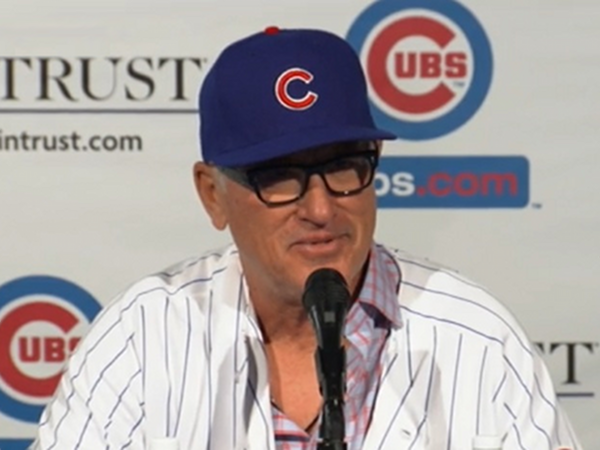 Maddon, the 54th manager in Cubs history, is being introduced at a press conference at the Cubby Bear, a bar across the street from currently-under-massive-renovation Wrigley Field, and you can watch in a variety of ways. It’ll be streamed on MLB.com, MLB Network, CSNChicago.com, CSN, ESPN News, and many more places, I reckon. You can also listen on ESPN 1000 and 87.7 The Game.

Or, if you’re not able to do any of that, you can just follow along with my live updates below. Heck, you should do that anyway, because I’ll be sure to intersperse my notes with pithy one-liners and useful bits of information. Or not. It’s live. I can’t know for sure until I get there.

I’ll just keep adding bullets below as the press conference goes on, and I’ll do my best to get the most important information: