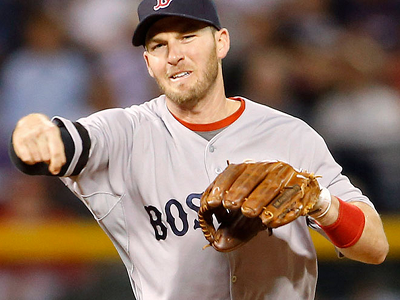 You can probably put those Stephen Drew rumors to bed. Just in time for bed!

Jon Heyman reports that the infielder will sign with the New York Yankees for $5 million on a one-year deal with incentives that could bring it to $6 or $7 million. The Yankees, with their glaring need at second base, were the kind of team that actually made sense for Drew, who will be looking to start, put up some good numbers to rebound from his abysmal 2014 season, and then head back to free agency.

That’s what was always so confusing about the Cubs/Drew rumors. I could conceive of ways Drew made sense for the Cubs as an infield reserve, but, with so many teams out there still needing an infielder, I couldn’t figure out why Drew would sign with the Cubs. From the sound of things, he won’t. And that’s fine.

We’ll see if Drew’s decision impacts the market in any other way. It seems pretty unlikely that the Cubs were holding back on doing anything else in advance of a Drew decision, and it also seems unlikely that Drew was a hold-up for another team out there. The Yankees were unlikely to get Ben Zobrist from the Rays, and weren’t rumored as a serious suitor, so there’s also not likely to be an impact there (i.e., by taking a team pursuing Zobrist off of the market).