A Great Read on Dexter Fowler and His Mentor, Barry Bonds Skip to content 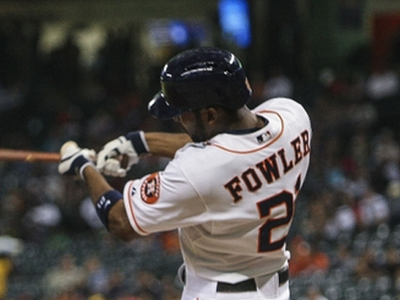 And if Barry Bonds is cited as a mentor and training partner for the Chicago Cubs’ newest outfielder, folks are going to have opinions about that, too. My only thought: at least let them be informed opinions.

Peter Gammons offers a fascinating read on Dexter Fowler’s relationship with Barry Bonds, and how much Bonds has meant to Fowler’s development and approach at the plate in recent years. The two were connected, ironically, by former Cubs outfielder Glenallen Hill.

As Cubs fans, you may feel a little cognitive dissonance at this point, perhaps not unlike when the Cubs brought in Manny Ramirez as a player-coach at AAA Iowa last year, to work with their top young hitting prospects. On the one hand, cocking an eyebrow because of the looming specter of a PED past is only human. On the other hand, regardless of any PED issues, guys like Ramirez and Bonds are fundamentally among the best hitters of all-time. It’s not just about power or injury recovery or quickness. If you want two guys who controlled the strike zone, and who prepared to take on the day’s pitcher, as well as anyone in recent memory, it’s Ramirez and Bonds. Each might get just one pitch to hit in an at bat – if that – and they didn’t miss it. And while waiting on that pitch, they seemed so comfortable and balanced at the plate that it was impossible as an opponent (or fan of the opponent) to feel like you were going to get through the plate appearance unscathed.

So, if Fowler is getting some value from working with Bonds, then I think it’s great. The impact of these kinds of workouts is probably overstated, but if Bonds is helping Fowler mature into an even more comfortable batter (he’s already fantastically disciplined at the plate), then the Cubs will be the benefactor in 2015.

I strongly encourage you to read Gammons’ piece. I’m marveling at how deeply it appears Bonds and Fowler have been working together the last couple years, studying film, taking batting practice, physical training, etc. Fowler even moved to San Francisco this offseason to work more closely with Bonds, according to Gammons.

Given the composition of the Cubs’ lineup and the potential for offensive struggles as the youth adjusts, Fowler is among the most important offensive pieces for the Cubs. Obviously Bonds can’t imprint his own superhuman abilities onto Fowler, but even if the latter picks up just a little bit, we’re going to be very happy Cubs fans this year.