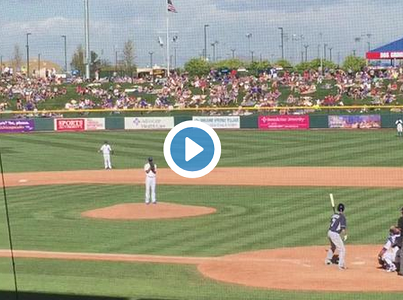 Some of the visuals from my first day in Arizona …

CJ Edwards in the game, strikes out the first two batters swinging. pic.twitter.com/epzwnMBVjf

Bryant with a hustle kinda-sorta double. Works for me. pic.twitter.com/TCOSWedVNa

No right field bleachers til June, so this will have to do. pic.twitter.com/7GJ8a24GFm