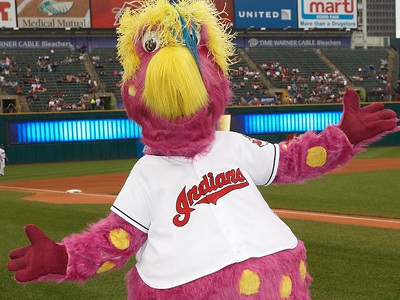 But we’ll call it one series for the purposes of this post. The Indians come to Wrigley Field to play two games, and then the Cubs immediately head to Cleveland to play two more.

The Cubs walked off twice in a row, and won three of four against the Reds. That gave them 7 wins in their last 10 games, which has put them back into a Wild Card spot. But they’re still 6.5 back of the Cardinals, because they never, ever lose.

The Indians, who look so good on paper, have dropped three straight series, and stand at 29-33. Of course, thanks to the middling AL so far this year, that record is good enough for them to also be just 6.5 games out of first place in their division.

Anthony Rizzo is 0 for his last 16, which would worry me more if he didn’t rip the ball twice last night (plus have a HBP taken away by a questionable review).

Chris Coghlan is now up to .249/.320/.453 on the year, with a .331 wOBA and a 107 wRC+. Sure seems like someone was obnoxiously beating a drum that he was consistently hitting the ball so hard, walking as much as ever, and driving the ball well, and that his numbers would turn around. Since May 11, he’s hitting .308/.382/.538 with excellent, sustainable peripherals. I have absolutely zero interest in seeing the Cubs maneuver to replace his bat in the lineup. Frankly, I’d be interested in seeing him hit up in the two-hole right now, flanked by Fowler and Rizzo, with Kris Bryant cleaning up.

Count your blessings: the one start the Cubs miss in this series is the dominant Corey Kluber.

Now you can be less excited: the Indians have pretty great starting pitching besides Kluber.

Remember when Jorge Soler, Javy Baez, and Kris Bryant went back-to-back-to-back this Spring? That was off of today’s starter, Trevor Bauer. Since Soler and Baez are hurt, I guess Bryant will just have to homer three times.

I really don’t understand how the Indians don’t have a muuuuch better record. Up and down the lineup, they’re getting significant offensive contributions and their pitching, both starting and relieving, has been fantastic. A lot of it appears to simply be bad luck, as Base Runs – a tool to analyze underlying performance and translate it to a projected record – indicates they’re about three wins better than their record, making them one of the more unlucky teams in baseball.