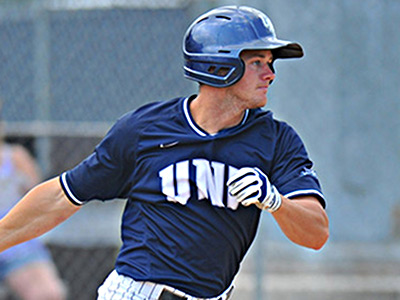 When it comes to the Chicago Cubs’ available bonus pool for the 2015 Draft, I’ve always made sure to mention the possibility that, in addition to third and fourth round high schoolers Bryan Hudson and D.J. Wilson, the Cubs might need a little over slot to sign second rounder Donnie Dewees. I did it because I didn’t want folks to be shocked or disappointed if the Cubs couldn’t take too many late round swings on pricey young talent, and I based the hypothesis not only on Dewees’s pre-draft standing – he was thought by many to be a back-of-the-first-round talent – but also on the Cubs’ later picks. They went with senior signs in rounds six through ten, and didn’t seem to take too many realistic swings in rounds 11 through 40.

Sure enough, signing Dewees reportedly cost the Cubs quite a bit of extra bonus pool money:

Once again, the thinking is that the Cubs got (and paid for) a first round talent in the second round:

I thought he belonged in 1st rd. @alcavol: Where do you think Donnie Dewees would have fallen if @Cubs didn't pick him there? @MLBDraft

Getting Dewees, considered one of the best college bats in the draft, at pick 47 was a great value for the Cubs, and I believe they were plenty happy to pay to sign him, even if it meant fewer long shots later on. Don’t forget: as a redshirt sophomore, Dewees had even more leverage than a junior in college, because he could head back to school and not be crushed next year as a senior.

I wrote a little about Dewees here on Draft night, but you can also see more at BA, where he was recently named to their College All-America team in the outfield. His performance, albeit at North Florida, was pretty much the best offensive performance by anyone in college this year. He led the nation in slugging, and was 18th in OBP. He’s also got excellent speed, and, if the arm is passable, he can play center field defensively.

It will be nice to see Dewees in the fold and, like first rounder Ian Happ, he could start in the outfield at short-season Eugene. If he acquits himself as you’d expect a college hitter to do so, he could move up to full-season South Bend, perhaps for the rest of the season.

As for the Cubs’ draft pool, I’ll have an update on that later this week. The short version: with Dewees costing $400,000 over slot, unless the Cubs get surprising bargains on Hudson and Wilson, it’s not likely they’ll have much to play with in the later rounds, at least not for any of the big timers.