Happy Anniversary! The Addison Russell Trade Happened On This Date in 2014 Skip to content 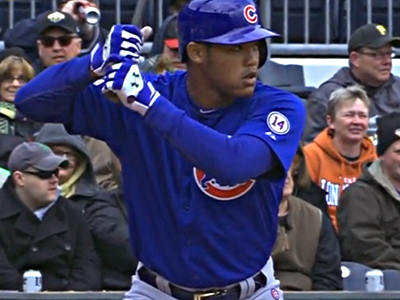 On this date in 2014, the Chicago Cubs were streaking.

They were 8 games under .500, but were winners of four-in-a-row and 18 of their previous 31 games after defeating the Washington Nationals, 7-2.

And yet, the most important thing to happen that day from an organizational standpoint didn’t take place until later that evening.

#Cubs in serious talks with #Athletics on big trade, sources tell me and @jonmorosi. If completed, Hammel and/or Samardzija would go to A’s.

While many were watching fireworks during the Fourth of July holiday, Theo Epstein and Billy Beane were finalizing the details of a landscape-changing deal for their respective teams.

ESPN Chicago’s Jesse Rogers had a run down of how it came together. It is a must-read if you’re interested in following the timeline of events leading up to the deal and seeing how things seemed to bounce the Cubs’ way as they jumped the trade market.

More than just a swap of established pitchers for prospects, the Russell trade represents a microcosm of what the Epstein regime has done to re-shape the image of the on-field product and perception of the organization.

Out with the lovable losers, in with an influx of talent that is young enough to not care about what had transpired in the past and good enough to make fans care less about it with each passing day.

Nothing exemplifies this change more than Paul Sullivan of the Tribune going to Birmingham, Ala., to catch up with Russell three days after the trade.

Among the piece’s highlights was Russell’s admission that he wasn’t completely up on his Cubs history, telling Sullivan: “Yeah, I’m aware. … But I think the prospects and also the big league guys, this year could be their year. Turn things around. You never know. Baseball is a game of surprises.”

Surprise! One year after trading for Russell, the Cubs find themselves on pace for their first winning season since 2009 and in the thick of the NL Wild Card race. Russell has been a key cog, posting a 1.4 bWAR at a position he played only six times prior to his call-up on April 21. The Cubs are 34-29 when Russell plays.

Meanwhile, the Athletics have the American League’s worst record despite having the league’s third best run differential.

At the time, the deal seemed to come out of nowhere. On June 11, Brett briefly mentioned the A’s as a trade partner in a deal for Samardzija, but didn’t see a match there, summarizing the situation as such: “This is probably about the last time you’ll hear Samardzija and the A’s connected in a trade discussion. Jason Hammel? Well, maybe. But we’ll get there when we get there.”

It seemed unreal even as the trade developed that evening. Susan Slusser was first to suggest acquiring Russell was a possibility  writing:

Russell is in play in the talks, which is surprising, given that the A’s have viewed him as virtually untouchable. However, if the front office believes the window for winning a World Series is now – and Oakland does have the best record in the majors – then trading away a player who is at least a year or maybe two away from the big leagues could be worth the tradeoff.

Now, the Cubs find themselves in a situation where the front office can debate the value of trading prospects for the sake of winning now. Albeit, a more difficult position for a Cubs team that isn’t nearly as good as the A’s were at the time of the deal.