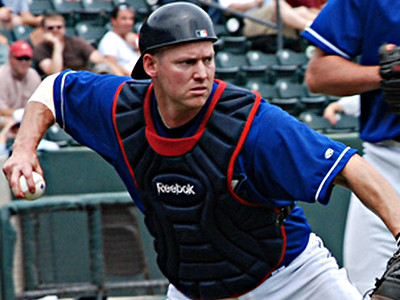 With Miguel Montero sidelined with a thumb injury and David Ross only days removed from being activated from the 7-day disabled list because of a concussion, it was probably wise for the Cubs to add another catcher somewhere in the system.

So, they reportedly did:

Happy to hear that catcher Luke Carlin has agreed to a minor-league deal with the #Cubs. Fantastic guy, great catcher, pitchers love him.

The deal has not yet been announced by the Cubs.

It can’t hurt to have catching depth in the organization, especially with the club currently carrying three catchers with Kyle Schwarber up and Taylor Teagarden playing in a reserve role.

There are no other catchers on the Cubs’ 40-man roster.