So, That Was a Pretty Crazy Catch to End the No-Hitter Today (VIDEO) Skip to content 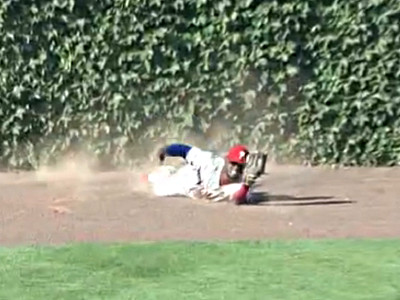 If the Cubs were going to get no-hit for the first time in 50 years, it wasn’t going to end on some routine grounder or a strikeout or a pop up.

It had to end with the guy in center field over-pursuing the ball, spinning, falling down on the warning track, and catching the ball after he’d already fallen down: