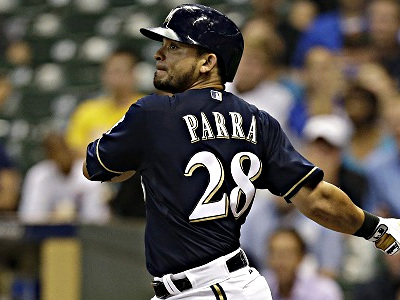 This would be good news for the three games remaining in the Cubs/Brewers series, because this guy’s been a killer:

Source: #Orioles closing in on #Brewers’ Parra. Deal expected to be Parra for RHP Zack Davies, straight up.

Davies, 22, is a solid pitching prospect who has reached AAA this year and pitched well. He’s a top 5/10 guy in the Orioles’ system, and is a nice get for the rebuilding Brewers.

Parra – who is just 28 – is probably going to be a pretty hot commodity after this season given his huge year in 2015, and the fact that he cannot be tied to draft pick compensation.

UPDATE: You never know with physicals these days, but it’s a done deal: