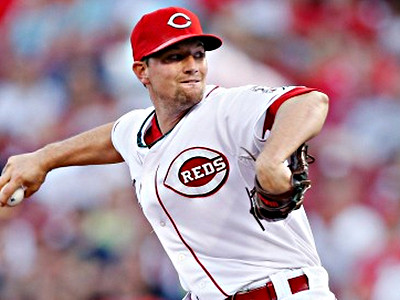 Perhaps the most attractive rental on the market is now off the board, as the Reds have traded Mike Leake to the Giants for pitching prospect Keury Mella and infielder Adam Duvall. Mella, 21, is considered by just about everyone to have been the top prospect in the Giants’ system, though he’s not quite a top 100 type. Duvall, 26, could be a decent big league bat who can play the corner infield spots.

As the Giants had tried to go after some of the bigger names on the market, it’s not surprising to see them drop down to the next best available arm, though, to be sure, Leake is not a front-end guy. He’s a steady, solid, middle-of-the-rotation type. He will certainly help the Giants, but he’s not necessarily a difference-maker (much in the same way he would have been a great addition for the Cubs, but not necessarily a difference-maker).

Still, it’s an upgrade for the Giants, who currently sit ahead of the Cubs in the Wild Card race. For their part, the Giants are also chasing the Dodgers in the West, who keep on throwing money around to get incrementally better.

The Cubs, at one time, had been connected to Leake, but the prospect fit must not have been there. There are still plenty of pitching options available for the Cubs, and, as much as it may not seem like it, there’s still plenty of time to make a deal.

Aside: one thing I like about all these rentals being traded? No qualifying offers for any of them. The Cubs won’t have a protected pick this year, so they’re going to be even warier about going after a qualified free agent.