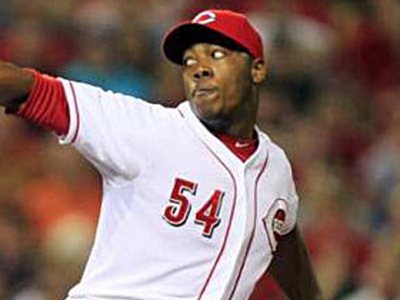 Recently, the New York Yankees pulled off a deal for embattled Cincinnati Reds closer Aroldis Chapman, giving them an absolutely absurd trio at the back of the pen, together with Andrew Miller and Dellin Betances.

The deal, which didn’t really net the Reds a compelling haul, was not purely a baseball trade, because, as you may recall, Chapman was allegedly involved in a domestic incident last October. The details of the alleged incident came out around the time a deal with the Dodgers for Chapman fell apart, and they are disturbing.

But no criminal charges will follow for Chapman, the Broward County prosecutors office announced. That doesn’t mean Chapman’s out of the weeds as far as MLB punishment goes, however. The league’s new domestic violence policy allows the Commissioner to impose punishment regardless of a criminal prosecution (the theory being domestic violence prosecutions are a uniquely difficult matter, given that they often involve single witnesses who are otherwise in close relationships with the accused).

We’ll see what happens when league considers the matter (which will also happen with Jose Reyes, and possibly Yasiel Puig). It’s all a very uncomfortable situation, and would have been anyway, what with three closers in one bullpen. From a baseball perspective, it’ll be really unique to see, and interesting to see how manager Joe Girardi handles it.

But it’s hard to be entirely interested in the baseball side of this situation.