Up All Night: Will Ferrell Reminds Us of the Fun of Spring Training, Which Looms Skip to content 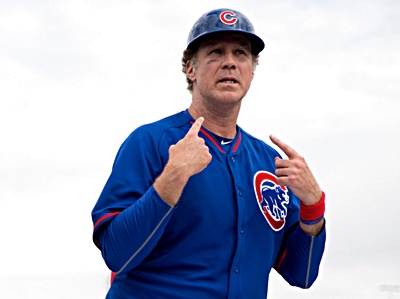 Hello, Lonely Hearts Club. I hope your Valentine’s Day treated you reasonably well, but, if you’re up late tonight, maybe it didn’t. You could use a smile.

Spring Training is just around the corner, which had me thinking about all the fun we had around here last year. I can, and probably will, go into so many of those moments to rev your engine, but the one I was thinking about this evening was the game that featured Will Ferrell playing for and against the Cubs as part of his HBO documentary and fundraiser.

Here’s the packaged video of his time with the Cubs, which actually didn’t come out until September:

And some of the other highlights from the game, including him fielding a Welington Castillo sharp single in center field:

And not fielding a Kris Bryant homer that went way over his head:

And him pumping up the Cubs with some hilarious signs, and getting in Addison Russell’s face: