Cubs Thought They Were Facing the Mariners, But Nope ... BEES! Skip to content 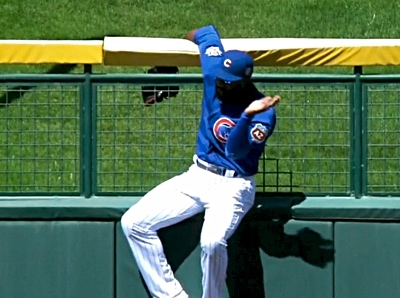 The real opponent of today’s Chicago Cubs game at Sloan Park is not the Seattle Mariners.

No, that buzzing sound you hear is not the hum inside the Mariners’ active bats today, or the Cubs’ bats that rushed back to tie the game at seven at last check …

It’s actual bees, which invaded the ballpark and developed a particular appetite for Jason Heyward:

And the full video: