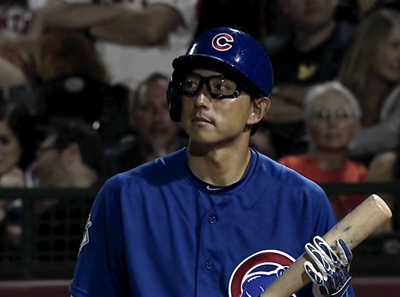 He’s already a fan favorite, and despite it being the day he was released, re-signed, and effectively did not make the Opening Day roster, Munenori Kawasaki still put on a show.

In the 8th inning of a game that already featured homers by Kyle Schwarber, Addison Russell, Matt Szczur, and David Ross, Kawasaki stole the show:

I don’t even know what the best part was.

I think it was the group of fans they showed on the replay, though – the ones chanting his name – absolutely losing their minds as the ball went out. That’s the best kind of joy, man. Spring Training or no, you can’t buy, re-create, or fake that. It just happens sometimes, and it’s an incredible feeling.

I am pretty happy now after watching that. Kawasaki will start the season in the minors for the Cubs, but, at some point, he’ll probably be called upon to come to the bigs, at least for a little while. When that happens, he’s going to be really, really popular guy.