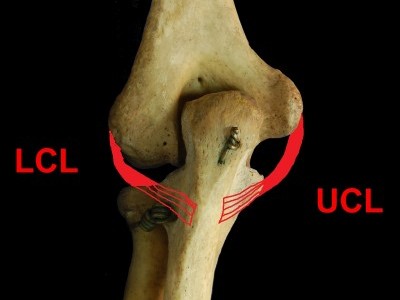 Over the past few seasons, the health of the Cubs’ starting pitchers has been nothing short of a miracle. We know pitcher injuries are far more common, we expect something earth shattering to happen any moment and, yet, we continue to hold our breath.

There’s certainly a bit of luck involved, and there’s quite possibly a bit of credit due to the coaching staff, but could there be something else at play, here? According to Bradley Woodrum, there were a staggering 112 ulnar collateral ligament (UCL) injuries in 2015 that required Tommy John Surgery (TJS). How have the Cubs, then, avoided so much pain?

Perhaps, they’re good at predicting it.

Recognizing the value in predicting future TJS, Bradley Woodrum worked alongside Tim Dierkes and his team at MLBTR earlier this year to create a method of projecting or predicting which players are at greater risk to require TJS sometime in the future. Using a combination of FanGraphs player data, Jeff Zimmerman’s DL data, PITCHf/x data, and Jon Roegele’s TJS data, they were able to rank MLB pitchers in terms of future injury risk and you should check it out, especially now that the season is here.

You can check out the full data and interactive graphs here to sort through the hundreds of pitchers and their individual risk.

Among Cubs pitchers, according to this research, Justin Grimm is by far the most likely to receive TJS at some point in the future, as his Risk+ is 92% – which means he is almost twice as likely to receive TJS as the average MLB pitcher. Given his previous injuries – including a forearm injury early last season – it’s not hard to see why he’s at the top of the list. Following him is Hector Rondon (56% Risk+) and Kyle Hendricks (with just a 15% Risk+). In other words, there’s actually not a ton of risk on the Cubs’ pitching staff.

You’ll be happy to know that Jake Arrieta’s Risk+ is just a measly 2% – meaning that he has, essentially, a league average-risk of requiring TJS at some point in his future.

A particularly encouraging result is that of Jon Lester. His Risk+ of -87% is second best on the team (just behind Clayton Richard) and is indicative of his mostly healthy track record. It’s hard to believe the Cubs didn’t have some sort of access to knowledge of this sort, before handing him the then-largest free agent contract in team history. The Cubs having known about this reduced risk is even more likely given the recent revelation about a bone chip in Lester’s elbow (of which the Cubs were aware when they signed him). That is to say: they knew what there was to know about Lester’s elbow, and must have known his risk of serious injury was really low.

Taking a quick peak at the Cardinals, there are some immediately noticeable causes for concern (well, for them). Lance Lynn (102%; and he’s already recovering from a first TJS at the end of last season), Carlos Martinez (81%), Michael Wacha (61%) and Trevor Rosenthal (29%) all have Risk+ values well above league average. Again, that doesn’t mean anything is going to happen – this is just one model, after all – but their young pitchers have some serious wear on their arms, as we saw at the end of last season.

For the Mets – again, just out of interest – all of Matt Harvey (74%), Jacob deGrom (62%), Noah Syndergaard (54%), Steven Matz (24%) and Jeurys Familia (13%) have greater than league average chances of requiring TJS surgery at some point in their future. And while none of their Risk+ are insanely high (Jose Fernandez, for example, has 172% Risk+), I am comforted by the Cubs’ collection of young positional talent.

Overall, there’s a ton of work to still be done and plenty of improvements to be made, but this is an extremely interesting project. Take a look at the process and explanation here, and then dive into the results here. Share what you find, as I’m sure there are plenty of surprises hidden in the data.

Let’s just hope none are in reference to the Cubs.