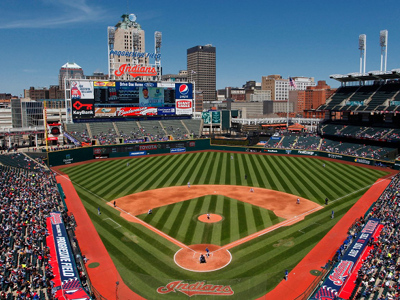 I have written and erased a lede to this article about five times now, because I just can’t find the right words.

But maybe there are no words.

After all, just about everything we say and do is a product of our own experiences, and none of us have ever experienced anything quite like this.

Tonight, the Chicago Cubs have a chance to secure their first World Series title in over 100 years. And a good chance, at that.

Kyle Hendricks takes the ball for the Cubs, after leading MLB in ERA throughout the 2016 season. He’s about as close to the right guy for the job as it gets. In Game 3, Hendricks lasted just 4.1 innings, but he surrendered no runs on six hits and two walks. Hopefully, he can last a bit deeper into this game, but if he can’t, Jon Lester will very likely be the first guy in to relieve him (in the next clean inning, that is).

Opposing Kyle Hendricks, Jon Lester, and the Chicago Cubs is the Indians’ own right guy for the job, Corey Kluber. I wrote about his two previous starts against the Cubs in this series earlier today, in which he mostly dominated their lineup. That said, I noted the big improvements from Anthony Rizzo in the second match-up and how I believe he can have a big impact tonight. Of course, if he gets knocked around (or even if he doesn’t), the Indians will very likely hand the ball over to Andrew Miller for at least two innings, before letting Cody Allen do his thing in the ninth. This is shaping up to be quite the match-up. The Cubs will need to pounce early once again, if they hope to bring home a championship … but I very much believe in them.

When the Cubs were faced with a 3-1 defecit just two games ago, I mentioned that if they were going to make history, it might as well be historic. Well, a win tonight would mark a historic three-game-swing comeback. It’s right there. All they have to do is take it. Let’s. Go.