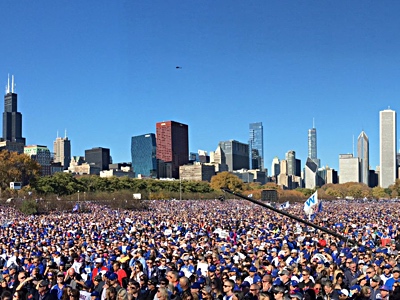 We always knew the Chicago Cubs winning a World Series was going to be a big deal. But learning to what extent has been something unfathomable.

According to estimates  — which some have already dubbed  “vast exaggerations”, but why you gotta spoil the fun? — 5 million people showed up to the Cubs’ World Series parade and rally that started Friday morning at Wrigley Field and ended later that afternoon at Lower Hutchinson Field at Grant Park. It was a celebration so big, it checked in as the seventh largest gathering of humans in one place in history. Further, it goes down as the largest gathering of humans in United States history.

To say “that’s big” would be kinda like an understatement.

It’s not as if we should be surprised by big numbers being tied to the 2016 Cubs. After all, we are talking about a team that posted a +252 run differential and a league-best 82 defensive runs saved during the regular season, and won its first championship in 108 years. But 5 million people celebrating feels bigger than big.

Being at Friday’s rally, nothing captured how big the moment was for me like looking back at the crowd behind me around 10 a.m.: 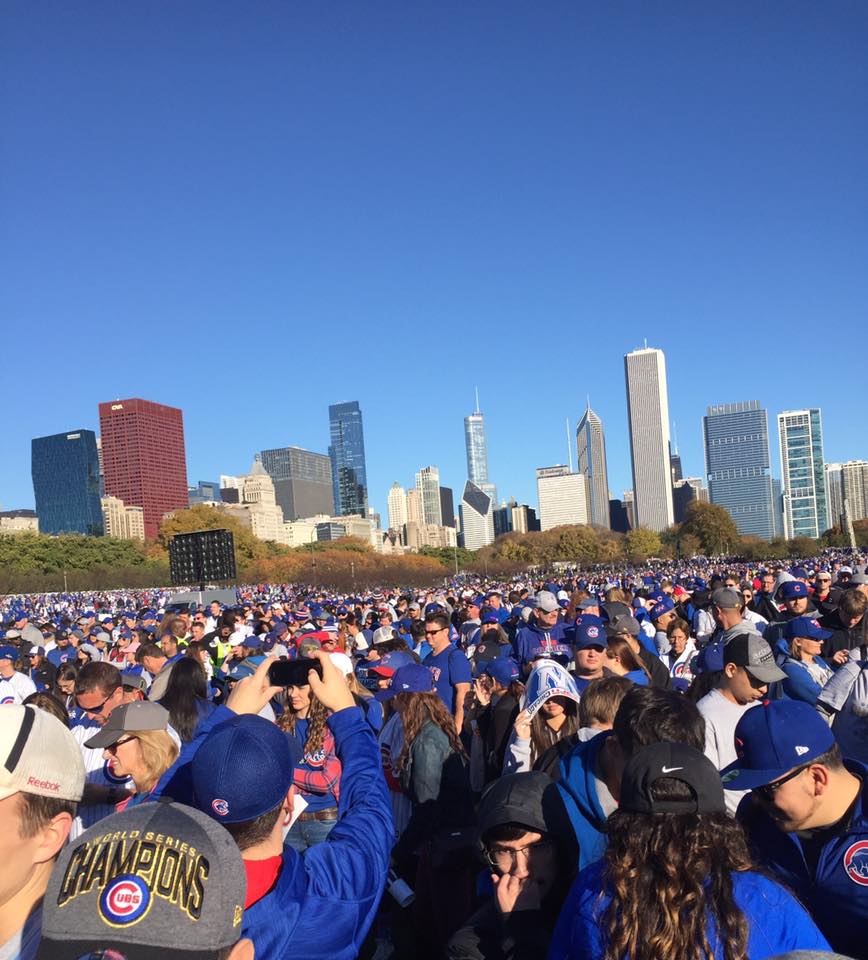 I simply could not tell you where the crowd stopped, and trying to do so would be an exercise in futility. But what I could tell you is that it was a crowd that embodied the celebratory experience. People around me shared their stories of how they became fans, the lengths they took to make it to Chicago (one family took a red-eye flight from California to make it to the rally), and the emotional rollercoaster that was Game Seven. We had to kill time somehow, right?

Of course, a crowd that large is expected to yield its share of bad apples. But the percentage was minuscule: according to CBS Chicago, just six people were arrested during the Cubs’ Friday celebration. Battery, disorderly conduct and operating a drone were among the offenses reported by the Chicago Police Department. All things considered, I’m surprised there weren’t more.