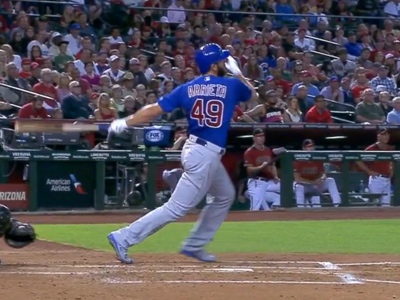 The Silver Slugger awards were handed out tonight for stellar offensive performance at each position in 2016, and the Chicago Cubs had two winners, though they may or may not be the two you would have expected.

The guy you might be wondering about is Kris Bryant, whose 149 wRC+ led the NL at third base by a country mile. Bryant lost out to Nolan Arenado (124 wRC+), who had an inferior slash line, but bested Bryant in homers (41 to 39) and RBI (133 to 102). For that reason, I won’t gripe too much about the award, but I will say that if you put Kris Bryant in Coors Field for half his games, he might hit 60 homers and drive in 150. So, you know.

The full list of Silver Slugger winners is here at MLB.com.