Still Gets Me: A Sneak Peek of the 10th Inning in the World Series Film (VIDEO) Skip to content 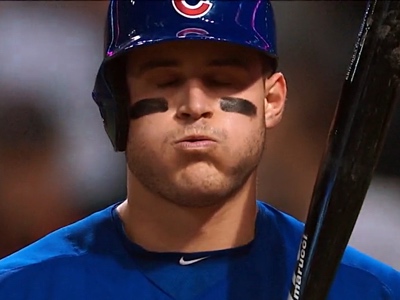 The 2016 World Series Film is going to be so freaking good.

Sure, a huge part of that is because it’s the Chicago Cubs who won that series, but even if you aren’t a Cubs fan, how could you not appreciate the extreme drama from that particular series? 3-1. Schwarber. Rain Delay. Game Seven. Ross. Tension. The whole thing played like a movie, so why wouldn’t a documentary on the series be appropriately incredible?

You can read more here about the film, which will air this Friday on FoxSports1 at 6pm CT (and you can pre-order here), and you can watch a sneak peek from MLB Network below.

The sneak peak is about the 10th inning of Game Seven – perhaps the best inning in baseball history – following the now famous rain delay. It starts with Kyle Schwarber, and it goes from there … I almost can’t describe how this STILL makes me feel, watching so many weeks later:

Take a sneak peek at "The 2016 World Series," produced by @MLBNetwork! pic.twitter.com/hOgooLFoAk

Listening to Ben Zobrist describe his pivotal at bat, while watching that at bat unfold. The chills are so very real. I cannot wait to watch this movie.