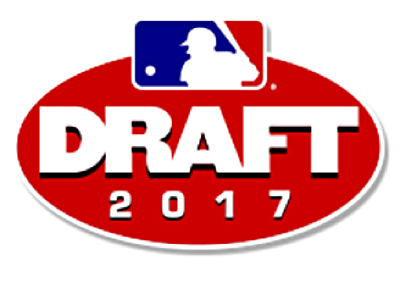 With Mark Trumbo passing his physical and officially re-signing with the Orioles, the final qualified free agent is off the board this offseason.

Although the Cubs were not seriously involved at the top of the free agent market this offseason, these signings have impacted their draft standing for 2017. With Dexter Fowler signing with the Cardinals, the Cubs picked up a compensatory draft pick at the end of the first round, and with a couple other qualified free agents joining new teams, the Cubs’ own first round pick moved up a few slots.

So, then, the complete first round order for the 2017 MLB Draft is set:

As you’ll recall (refresh yourself here if you don’t), each pick in the first ten rounds of the draft is associated with a slot value, the sum of which for each team constitutes their bonus pool. The picks nearer to the top of the draft are worth a whole lot more, so having two picks in the first round will do the Cubs well this year.

The Cubs’ entire bonus pool last year was just $2,245,100, thanks to having no picks in the first two rounds. This year’s pool might be three times that size, which, together with the earlier picks, will be very eagerly welcomed by the Cubs’ scouting staff, I’m sure.

Suffice to say: the Cubs will be able to do a whole lot more damage this time around, and I’m already getting a little excited for June.